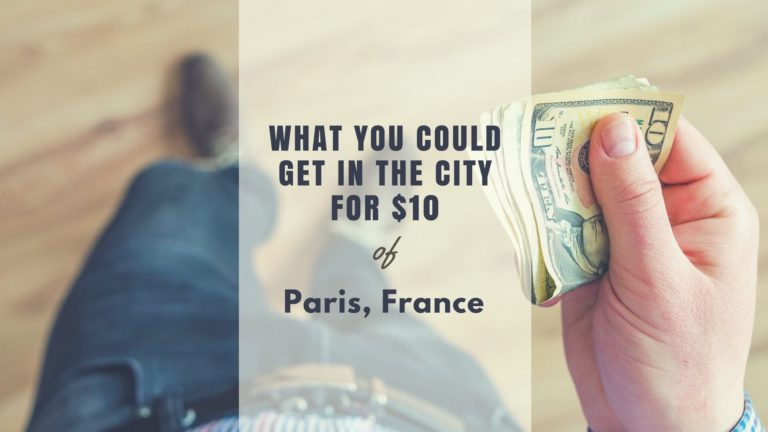 I’m pretty sure there must be at least one in probably two or three travelers that has Paris in their bucket list. Raise your hand if you’re one of them!

Now, you probably know that Paris is a city that is quite known for its glam long before the luxury Paris Saint Germain brought in the world of football. Long before PSG, we know Paris for the infamous Eiffel Tower. Maybe some of you would dream of a honeymoon in the city, where people claim to be one of the most romantic cities in the world.

Apart from everything, some broke peasants (i.e. good ol’ me) will find Paris as expensive. It’s like, to come over to the capital city of France, you probably need loads of money to spend for your travel.

Worry not, thanks to Lena from Salut from Paris, as for this week’s What You Could Get In The City For $10, we will talk about what you can do in Paris for $10. So, what is it? Check this one out!