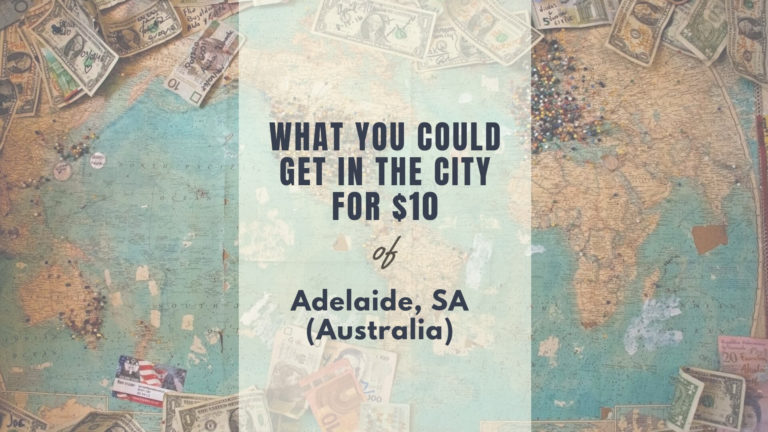 After covering some cities in Southern America in the past few weeks, let’s move back to the down under. This time, we’re moving to South Australia instead to see how $10 could cover you in Adelaide.

I remember when I was in college, there was a song with title “Adelaide Sky” released by an Indonesian musician called Adhitia Sofyan. The song had been played so often on the radio that the soothing voice of the singer easily caught my ears.

Now, now, even though I’ve never been to Adelaide before, but thanks to that song, I’d like to visit the city if I get a chance. Meanwhile, now thanks to Georgie from Journey with Georgie who would contribute for this piece, let’s move to South Australia to see more of Adelaide! 😉