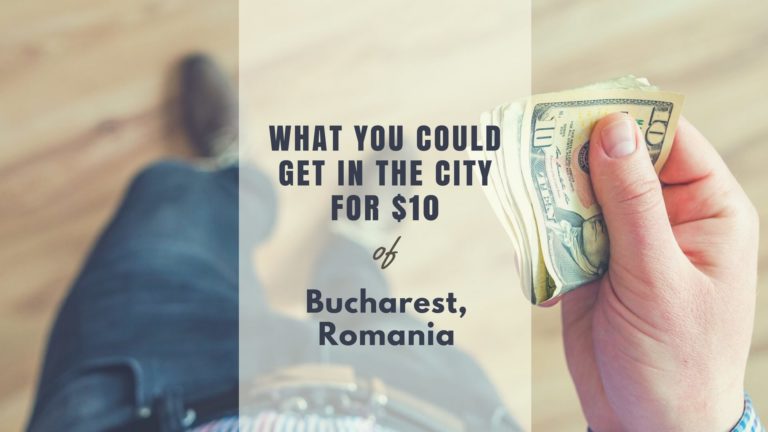 On this week’s What You Could Get In The City For $10, we’ll be back to Europe… And after we got introduced to Romanian’s local beauty product Farmec Gerovital H3 Antiperspirant, now it’s time for Jules from The Traveling Tulip to share with us how we could spend our $10 in her hometown.

Back when I was wayyy younger, I got introduced to the city because of the local football club Dinamo Bucharest that had been playing in the European Cup (back in the day, it was called UEFA Cup though!) and that was the club where Adrian Mutu used to play so anyway…

I’m not too familiar with Romanian culture in general despite the fact that my best friend in high school is half-Romanian, but thanks to Jules, I just found out that Bucharest is actually the capital city of culture in Romania!

So, how does Jules spend the $10 in Bucuresti? – that, apparently is how the locals call the city 😛