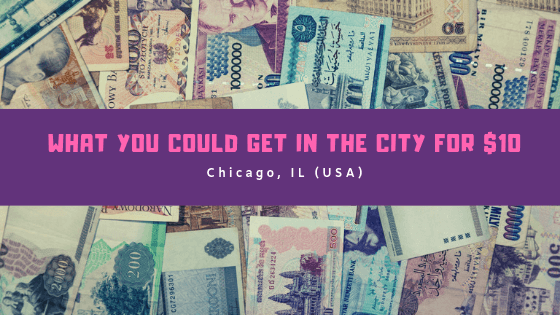 Back when I was a kid, I think long before I knew about New York or any other cities in America, there was one city in the USA that I was most familiar with: Chicago. Yes, the city that we’re going to cover on this week’s $10 series!

Apart from the hype of Space Jam and the popularity of Michael Jordan in his prime, the city was also mentioned in one of my favorite Indonesian comedies. To be fair, if the city wasn’t the first city in America that I got to know by name, I don’t know what possibly would be.

Fast forward to today, one of my best friends actually resides there ever since he decided to leave Indonesia around 10 years ago. And now, thanks to Valentina on Valentina’s Destinations, we’re going to see how far $10 USD is in the most populous city in the state of Illinois.