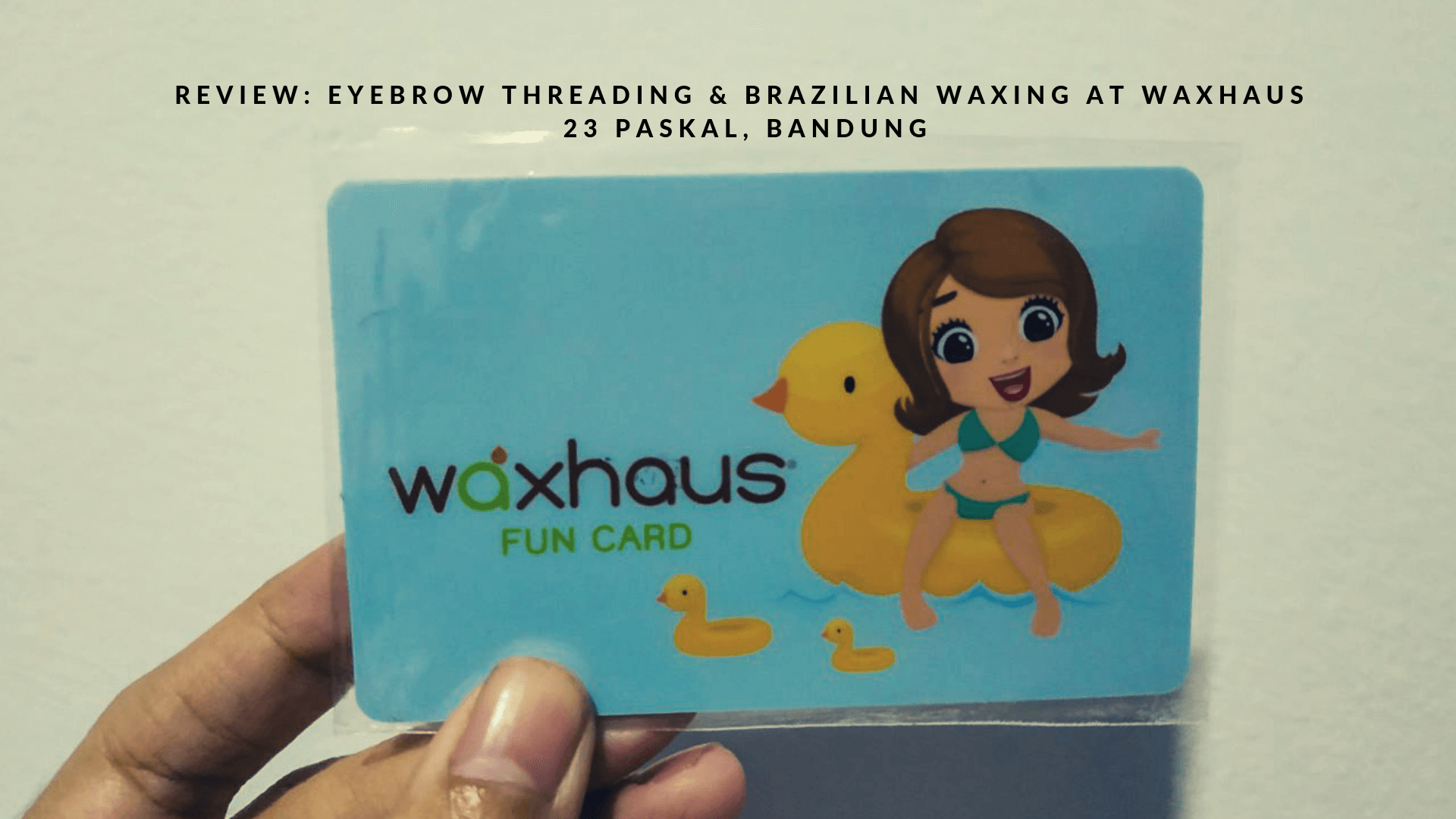 Do you shave or wax?

Well, I used to shave everything from my eyebrows to my pubic hair. That, until I decided to start waxing around 3 years ago in Jakarta. Ever since, knowing that it totally stings to wax after having your hair previously shaved, I never really look back to the shaving option ever again.

That, until after Asian Games 2018 finished last year when I moved back to Bandung for good. Despite the fact I’m originally from Bandung, I had never waxed anywhere in the city. But since the chance would be rare for me to occasionally go to Jakarta, I decided to find a new wax parlor where I could have my eyebrows and hair down there done.

During my time in Jakarta, I usually went to N’s Sugar Waxing since it’s located close to my place in South Jakarta. After googling some information about waxing place in Bandung, I found out about Waxhaus.

I went to Waxhaus for eyebrow threading and Brazilian waxing earlier this year before going to Singapore. And recently, I came back for the same procedure.