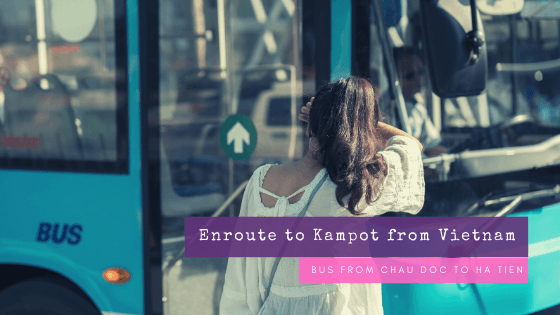 When I started my Indochina trip earlier this year, I basically knew where I wanted to go for the trip. However, I didn’t have some fixed itinerary during the trip because there were some changes that I ended up making along the way. One of them was my decision to stop by Ha Tien from Chau Doc.

The thing is that I couldn’t find any transportation options from Chau Doc to Kampot online, and I figured that the only option to go to Kampot from An Giang Province is to go to Ha Tien first.

From Ha Tien, there is a minibus that directly goes to Kampot on a daily basis but the latest departure is around 1 PM. So I should either start really early in Chau Doc if I wanted to catch the bus to Kampot from Ha Tien or stay overnight in the city. I chose the later and managed to book a bus ticket from Chau Doc to Ha Tien from the hotel where I stayed in An Giang Province, Hai Chau Hotel.