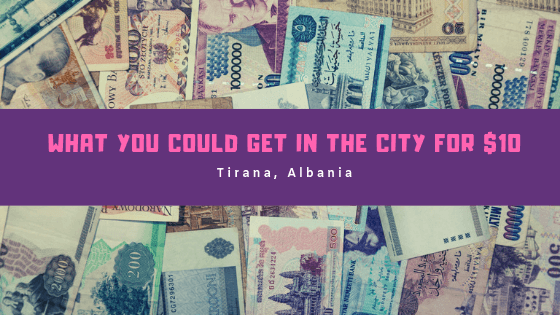 In the last FIFA World Cup 2018, one of the highlights in the tournament was when Xherdan Shaqiri celebrated his goal with Albanian eagle gesture as he scored for the Swiss on the match against Serbia. Well, the controversy is all political but it got me since we’re going to talk about the capital city in Albania this week!

Yup, this is gonna be the first city in Albania to be covered in the $10 series. Thanks to Erika’s Travelventures, she’s going to share how far you could go with $10 USD in Tirana.

Is it an expensive city? Is it affordable enough to travel with comfort in the city? Well, let’s check out and see the city closer from Erika’s point of view! 🙂