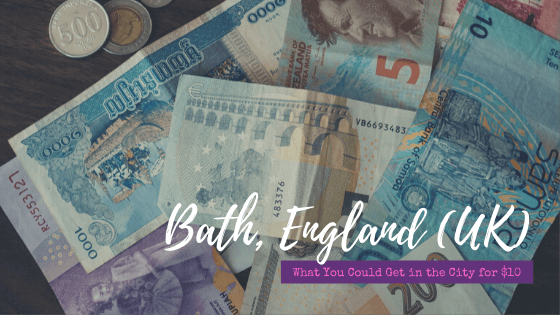 It’s not without a reason that we barely cover any city around the UK in the $10 series. The United Kingdom is known for its high living cost, that the budget seems so little to spend around the region.

However, it doesn’t mean that $10 USD is impossible to spend anywhere in the UK, especially in England. We’ve covered the capital, which is London and other cities like Cambridge and York.

And today, after months of not covering any city in the region, we have Karen of World Wide Writer to cover another city there: Bath.