Valentine’s day is coming up, guys… What’s your upcoming plan for the day? Are you planning to have a fancy dinner in some expensive restaurant, or even propose your girlfriend somewhere? Or are you going to spend your Valentine’s alone ?

Anyway, now that you’ve probably read the story from Jareena and Ari, still in The Wander Lover Series: February, I’ve got another couple travelers to cover this time!

So, let me introduce you all to Matt and Tilbe from Lagoon With A View!

Been together for 12 years ever since they were 16, they are currently in the 3rd month of their 18-month round-the-world trip. In the meantime, they also share their story on their personal blog for you to refer. Be it as someone who’s planning to go to some destinations they’ve been, or as a couple who’s planning to travel together. 🙂

About Matt and Tilbe

Although they’re both leaving England as a married couple who’s aiming to travel the world, Tilbe moved to a small town where the two met from Turkey when she was 12. While Matt is an Englishman, Tilbe was born in Istanbul and spent most of her childhood there. 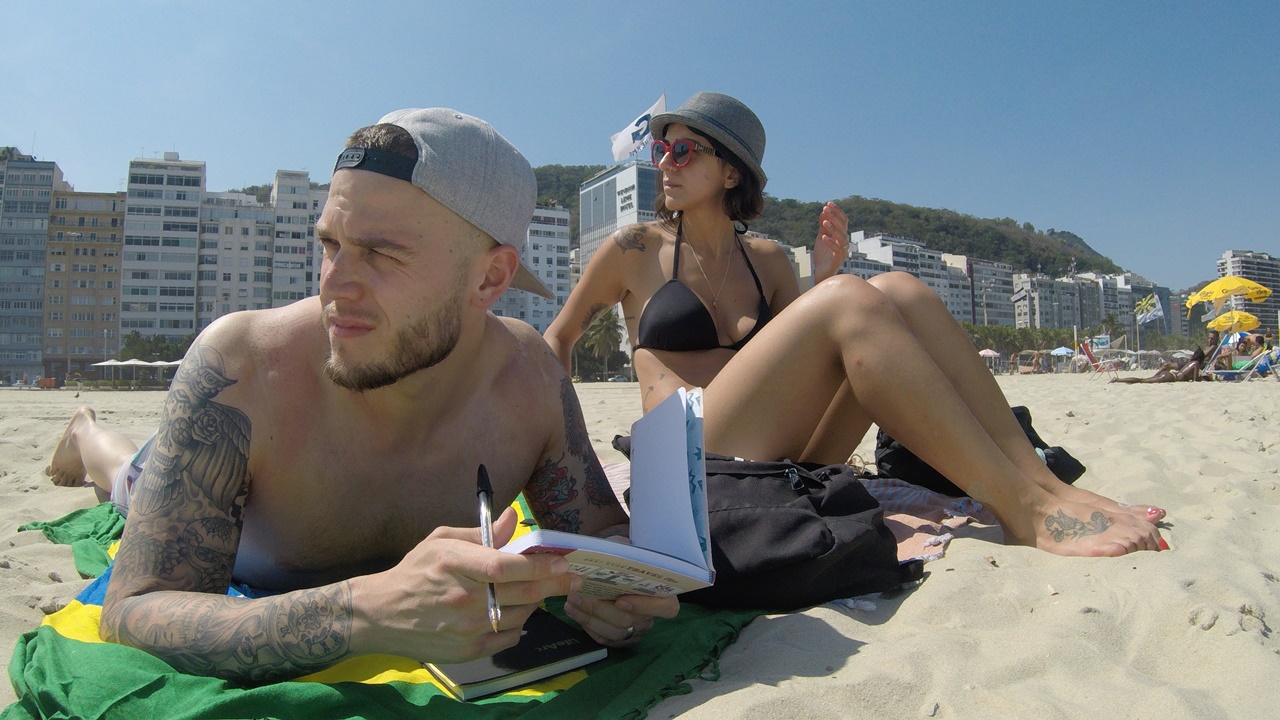 They went to the same school for 4 years and even shared classes, although they were never close as they were in different friend circles due to Tilbe being a bit of a nerd. 🙂

Things got a bit different when they ended up talking at a party on the last day of their school when they were 16. What happened next was that they hooked up and Matt asked her out the following day. Fast forward to this day, they’ve been together for 12 years!

Matt and Tilbe as a Couple

Being a couple from different cultural backgrounds, there’s a lot of things they could learn from each other. As I sent them the follow-up email telling them that I also used to stay in Izmir to learn Turkish , Tilbe said that Matt is also learning Turkish. 🙂

Well, Matt… Here’s a message for you, Turkce cok zor. Ama hayat daha zor. So if you could get through the shortcomings in life, I’m quite sure you would nail your Turkish language skill. Kolay gelsin! 😛

What he likes about Tilbe: She has the most amazing heart. I know that her support is unconditional.

What he dislikes about Tilbe: She can’t walk in a straight line. Seriously, she is always bumping into me. Bless her.

What she likes about Matt: His kind heart and his instinct to take care of his loved ones. I can always trust him to figure out a solution when a bad situation comes along. He makes the people around him feel safe. And of course his amazing blue eyes! 🙂

What she dislikes about Matt: It is actually something I also love about him. He has a very practical way of thinking and likes to do things quickly in the most direct way which is great but I’m a thinker and I like to take my time which can lead to us frustrating each other sometimes. 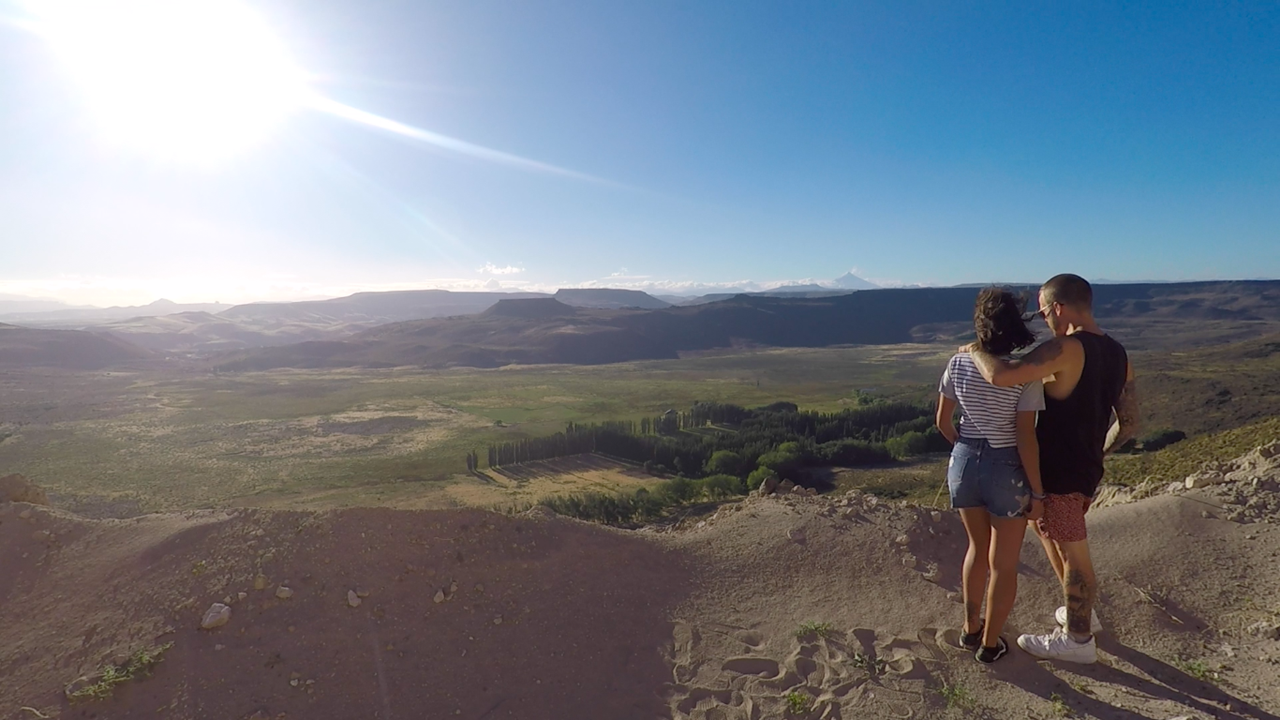 I think it’s beautiful to know that someone actually loves you for your flaw. I suppose I always find this amazing because I haven’t found someone like that to love me for not only the beauty that I possess but also for the sassy mouth that I’ve got. *FYI, yes… I am a bit narcissistic. 😛

Through reading their answer about one and another, I’m just happy that they have found each other. 🙂

So when I googled the definition of ‘romantic’, the result on the top is this: conducive to or characterized by the expression of love. Then, what’s romantic for Matt and Tilbe?

“I try to support groups that are about educating people about different races, different religions, different cultures and different situations so that we can break down the barriers of prejudice and bigotry.”

When I asked them about the most romantic moment that they’ve had as a couple, I think it’s quite normal to have Tilbe’s answer about how Matt proposed her. 🙂

What has he done to ask her hand for a marriage? 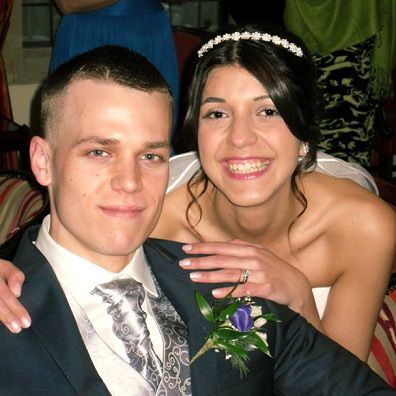 In one Valentine’s day, Matt gave her a big jar full of hand-written notes. Actually, 365 of them as there were days in a year. They were on really cute papers and neatly folded. Each note got different writing, from something that he loved about Tilbe, the memory that they had together and even promises he made to her.

At the bottom of the jar, the last note was a lovely letter which ended with the big question: will you marry me?

I’m sorry, as aloof as I could be as an Aquarius girl , I think it’s also so romantic that I want my future boyfriend to propose me that way. So future boyfriend, mind this if you come across this piece! 😛

Long story short, they had a very traditional Turkish wedding in 2012.

I never got a chance to attend any traditional Turkish wedding, but I could imagine a wedding full of borek. Sounds like heaven to me! 😛

That was from Tilbe’s side of the story. So how about Matt?

His answer was quite short, but maybe it could ring a bell for this lovely couple: their week-long road trip to Patagonia where they spent Christmas in a cabin on a mountain.

As I mentioned before, they’re currently in the 3rd month out of 18-month world trip. According to Tilbe, as they decided to travel, they dropped all the stereotype of long-term goals they thought they wanted. Their values and what they want from life has changed significantly.

For now, their plan is to enjoy every moment of this amazing adventure and also focus on their website Lagoon With A View. The long-term plan is that they want to start a family together, wherever that may be.

As they spoke, the traveling lifestyle is so dynamic so they are quite open for anything that could happen. 🙂

Recommended Place(s) to Visit as a Couple

When asked about any place that they would recommend to visit as a couple, especially those that are quite romantic, Matt’s answer was a very wise one as he said that romance is within.

He said that if you are truly in love with someone, you will have an amazing time no matter where you are in the world. Well-spoken, isn’t it? 😉

However, if he was to recommend a city for a couple, it would be Lisbon as it was so small and cozy and it feels like everything there is geared toward couples.

As for Tilbe, for her Rio de Janeiro is the ultimate romantic destination as they both love the city with its amazing beaches, amazing people with interesting stories and great food.

About Lagoon With A View

Lagoon With A View was started when they were planning their RTW trip as they were making a list of places they wanted to visit in each country, and they noticed that they had a lot of lagoons on the list. They started joking around about different names containing lagoon and guess what stuck? Yup, Lagoon With A View! 🙂

As Matt and Tilbe run the blog together, the tasks toward the blog are divided between the two with Tilbe manages the tech side, including website design and photography while Matt mainly writes the posts.

Despite they’ve got their own specific tasks, the final decision are always made together as they won’t do anything without asking each other’s opinion.

Tips for other couples who aim to travel together

Like I said so many times, traveling is not all sparkles and glitters. At times, it could put some grim on your face and you gotta face some WTF moments for no reason. So, how is it traveling with your other half?

As Tilbe described, traveling as a couple can be very intense as she doesn’t think there’s any other scenario where you spend so much time together. I mean, yeah… I could imagine if you’re a full-time traveler as a couple. I mean, back home, you may be separated with work and routines. Even as a married couple!

But then once you travel together, the amount of time to get away from each other is almost zero, so then you may start learning things about each other that you never knew before.

Aside from that, as Matt added, you will both be in new places, new environments and new cultures where almost everything will be different and unfamiliar. This is what will really test your bond and when you need to be there for one another the most.

Their advice? Be patient and considerate with one another, also be kind and never forget to be empathic! 🙂

The BeauTraveler on Lagoon With A View

The blog itself is fairly new as I checked and their first post was published in October last year, when they were preparing for their RTW trip.

Their first destination on the trip is South America as they went to Brazil for honeymoon a few years ago. Hence, their contents are mostly about the places to visit in some countries they’ve been, such as Rio de Janeiro or La Paz.

I’m not really familiar with South America as I’ve never been there. The only thing I know for sure about them is their football stuff. Excuse me, I was in the front row when Brazil won the World Cup in Korea-Japan! 😛

But then through visiting Lagoon With A View, it actually convinces me to visit South America sooner or later in which it has nothing to do with football. 😀

I was particularly mesmerized with the pictures they took in La Paz. So colorful!

However, I was confused with the second picture on Rio de Janeiro post. Like why the heck did the boy look like he was cropped from some other pics? It could be my eyes, but… 😛

Anyway, since it’s still early for them to tell the whole story of their RTW, I’m sure there are still more and more posts to come from them. Like I’m curious about their next destination after South America. Will they ever come across ocean to Asia?

Hang in there, and go check out the rest of their blog here so you can feel all the love. Safe travel always, and happy (almost) Valentine’s day! 😀