I’ve been quite hustling lately to the point that I barely have time to write these days. The good news is that at this point, I feel like I’ve finally got my shit together. Not just on the surface, but also in general.

I could pay my bills without having to hustle just so I can get some extra income to buy some other things, and even better that for the first time in my life… I could actually save some money into my account!

For those who don’t know me, that might come off as surprising since I’m always the kind of person who would seem like I get my shit together. Except for some depressing memes that I’ve shared on Facebook. LOL.

Well, I’m sure that there may be some other people who are currently struggling like I did and wonder how to get your shit together. Because apparently, life is a bitch when you’re not rich. And no, I’m not gonna glorify what’s so-called hard work which I feel I’m entitled to. It’s so much more than just working my ass off.

Instead, I’m here to tell you the honest story about how to get where I am today after a series of frustration, being broke while trying to keep it together so I don’t have to sell my own kidney or even start looking for a sugar daddy.

And nah, I’m not trying to create a motivational post. I’m trying to write something raw as a flashback to my past. 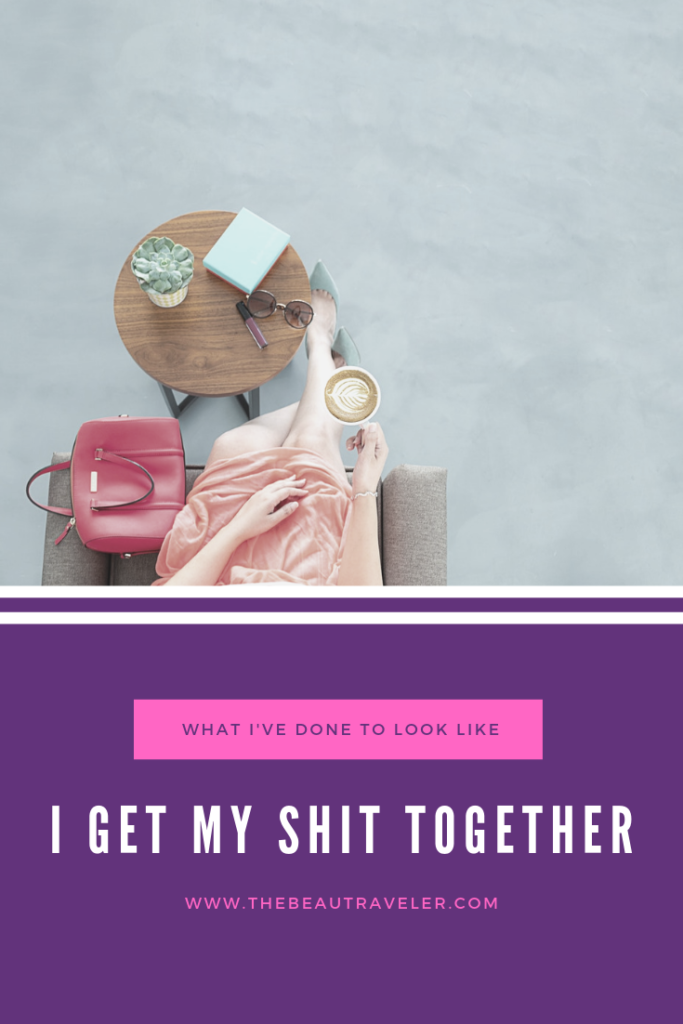 Today 2 years ago, I was in a situation where everything was coming downhill. I hated the job that I only started for 3 months. My boss was a crazy, manipulative bastard in a company that treats its employees like human slaves. Not a day went by that I didn’t think about how death would be better than that. I ended up calling sick for a few days, that would lead to the cut of my monthly salary. Yada, yada, yada.

I had a part-time job that paid me barely $100. It wasn’t ideal if I wanted to quit the job, but I had to do it anyway. I had bills to pay, and it definitely felt like the end of the world.

The good news is, it wasn’t. It was just where all started.

How To Get My Shit Together

The first semester after I quit my job, it was the lowest point of my life. But I never regret the decision, if anything… I’d say that I was lucky to get such a bold situation. And I was even luckier for having such a support system that has always been so understanding, which prevented me to do some other monkey business that might be considered illegal. So cheers to that!

So, what have I done to make me look like I get my shit together? 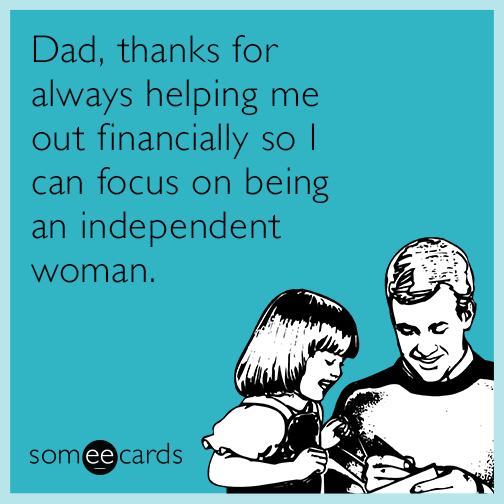 I couldn’t thank my parents enough to get to where I am today. After I quit my job, I gotta admit that it definitely felt like the world around me fell apart. I only had less than $100 USD for my steady monthly income and the hell with those people who say that money doesn’t buy happiness, because life without money was miserable.

But I’ve got such an amazing support system, thanks to my parents who were very understanding about my situation. There were times when I was short on cash that they had to involve for my well-being. It happened quite often.

Now, before you hate me for my privilege… Know this, from this privilege I understand how hard it is to make our ends met when you have limited options to hustle. I was lucky to never have to consider finding a sugar daddy since my real Dad never sees me as an investment as most parents do.

My parents have supported me within their capabilities, sometimes beyond that. And I know it’s the privilege that I must never take for granted. So now that I have the energy and capabilities to pay back all of their sacrifices, I will not hesitate to support them. There are times when I think they actually deserve more, but I’ll give the best that I can for them.

We’re all actors in our own niche. The phrase “fake it til you make it” plays a big role in my life. because that’s what I did.

After I quit my job, I tried a business that failed only to realize that maybe selling goods is not really my thing. Instead, I try to find some things that I enjoy doing to focus on. Blogging is something that I’ve done for so long, but I never knew that I could actually make money out of it.

So then I had invested my time to write more contents and do some networking for my blogs, both in English and in Indonesian. That’s what I do to seek opportunities. I probably didn’t know what I was doing, but hey… You reap what you sow.

I’ve faked things to the point that I actually make money out of doing the exact same things. I got more sponsored posts, as I apparently did the right thing to develop my blog in the beginning. I might not know what I was doing, but my Paypal account told me that I indeed faked it in a good way as now I make money out of it.

There were some Facebook friends who would question me and my free time as I shitpost a little too much in my timeline. Guess what? I help my client to do exactly the same thing, and I get paid for it.

I’ve got my Dad to look up too. He likes to hustle, but only to hustle doing something that he loves until this very day. In his case, it’s engineering. And it probably goes the same way with me and blogging.

3. Sacrifice is inevitable. Be always prepared for it.

In an ideal world, there wouldn’t be sacrifices because life was THAT perfect. The bad news is that we, in fact, don’t live in a world that is even close to ideal. Sacrifice is inevitable, and you have to be ready for it.

There were times when I had to reject the invitation to hang out with my friends simply because I didn’t have enough money to even just a Tall coffee at Starbucks. At the time, I felt kinda like a loser compared to my successful friends.

But it’s when it hits me that there’s no point to compare my life to others. Not to my friends. Not to anyone.

Sure I have to sacrifice a Java chip frappuccino now, but I do it for my sanity so I don’t have to go back to my shitty situation that happened 2 years ago.

I knew how it was to feel lost, frustrated with so much hatred in life because of a job and the people I had to deal with around it. And if sacrificing a cup of frappuccino today could prevent me to get back into it for life, I wouldn’t mind it.

Besides, it’s my friends that we talk about. They would understand, and there’s always next time. The least thing I could do is to pray for their well-being, so we could catch up sooner rather than later.

4. Seize the opportunity when you can.

I’ve learned the hard way that not everyone would understand what I do to make a living. Me sitting comfortably in front of the computer is often frowned upon by so many irrelevant relatives, without them knowing that I actually earn money from doing so.

For that, I stop listening to what people think about my life because I clearly know better than them.

I prefer to shut them up by expanding my capabilities and developing my own skills. I try to take as many opportunities as I can, as long as I think I have the time and skills to do it.

While I mostly work remotely from home, I would also consider any offline opportunity in the form of project-based activity. It helps me to recharge my people skill, which I thought I’ve lost ever since I quit my job. 😛

5. Do what you have to do, but give yourself some time to keep doing what you like.

Whatever you do, whichever job you have… Please never forget to spend some time doing what you genuinely like. The passion that actually sparks joy in you. The hobby that makes you happy no matter how stressful life could get. It will keep you sane, even in the most difficult situation.

I’m not trying to brand myself a mental health warrior whatever… But I have to admit that this blog, at some point, saved my life. Blogging is the thing I always enjoy doing since a long time ago, and writing helped me to overcome the problems I had to face in the past.

At this point, I guess I’m quite lucky that I start making money out of my hobby in a way that I couldn’t imagine before. I mean, I still have to do my other side jobs with clients because they are my responsibilities now. But other than that, I know I have this platform where I could do the things I like with the possibility to earn a few bucks too.

It’s indeed a pleasant bonus for me.

6. Keep it humble, although it’s okay to brag a little.

With all the struggles in the beginning, and some help from my support system… I suppose it wasn’t so surprising that some relatives look down on me as if I was the burden in the family. Whatever you do, please know this: not everyone needs to know what’s going in your life. Keep it humble. Keep it low profile.

But remember, never ever let anyone belittle you. It’s okay to brag a little as you’ve earned some achievement. You deserve it.

You don’t need any validation from other people, but it’s always great to show them what you can do with your life. Let your success be the noise for their nosy ass.

You know, with the pressure of social media that showcases the idea of people getting their shit together when they actually don’t have such dreamy life… I tell you what, it’s okay to slow down a little.

It’s okay to ask for help. In fact, that’s how you grow. And sometimes, that’s also how you empower other people. It helps you to communicate with your surroundings.

Life isn’t perfect, you don’t have to know everything. But you can always ask to see other perspectives.

I mean, my life isn’t perfect. And I absolutely don’t have my shit together. You can never win everything in life. You’ve got some, at the same time you’ve lost other. It’s perfectly fine.

There’s no such thing as getting your shit together. But there’s something about creating a life that leads to your way of happiness.

If you’re still searching for it, I hope you’ll find it soon as the answer is within you. Good luck, and cheerio! 🙂