You’ve probably read my review on Karados Cherimoa mask some time ago. It took me a while until I realized that the brand is actually the brand that also produces the cute animal-shaped sheet masks. One that shapes like tiger, penguin, etc.

It was only a couple of months ago when I decided to try the latter as I just love stocking up sheet mask for the sake of having it when I have time to pamper myself. Which is quite often. 😛

You know, the perks of working from home… You could always put on a sheet mask while catching the deadline. 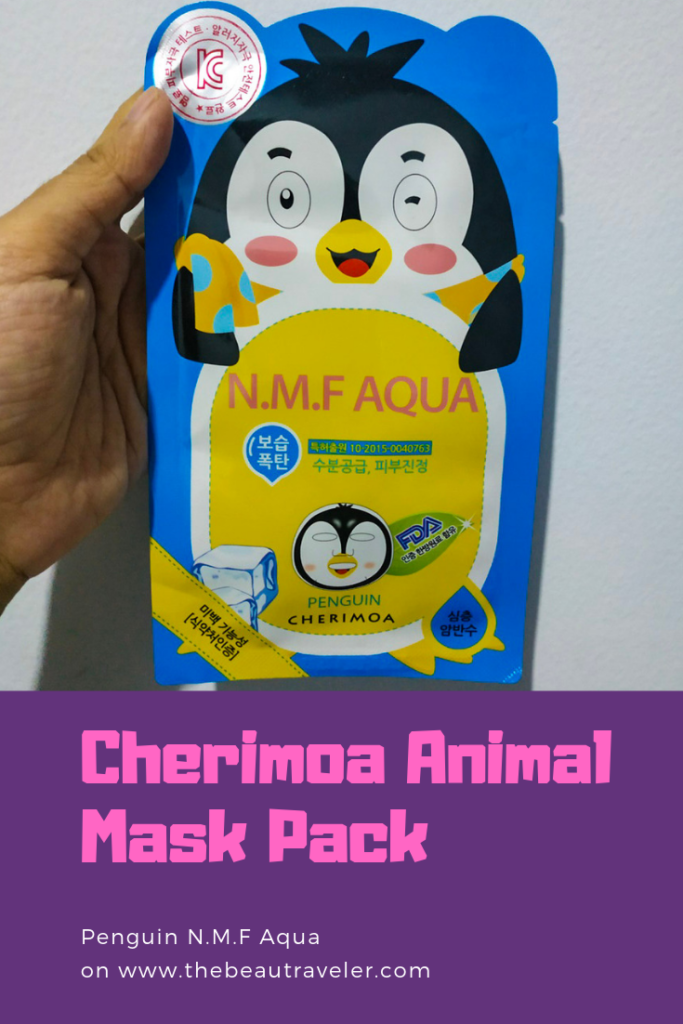 These series come in 4 different variants with different benefits for each. I bought from one of the stores on Shopee Indonesia, and I purchased 3 of the total variants they’ve got since I’m personally not really into any skincare whose claim is effective for whitening. I didn’t buy the Panda variant with the claim like that.

For these, I purchase three of the variants with each function as below:

For the other two, although I didn’t have the pictures with me, I’ve already tried them so I could give you my two cents about the rest of the products later on. 🙂

I found out about this animal-shaped mask for a while now, but this was my very first time trying the product on my own. Why? Because in case you don’t know yet, I’m quite a cynic myself.

If anything, I really thought that the product might be one of the skincare series that would be kind of gimmicky. Like, it’s nice to talk about but not that good when it comes to its function. You know, the Kim Kardashian level of product. 😛

In fact, the only reason why I finally decided to purchase some for me to try is the fact that I wanted to write about it as content on my blog.

I figure, I don’t have many things to write about on beauty section. I’m preparing to add a blog post on Around The World With The Beauties too, but other than that I pretty much have none. So then I bought these animal mask pack series. How did I find them? Let’s check out!

I purchased these mask series along with some other mask series, in which one of them was The SAEM Nature-Tox Mask Sheet. For every variant that I’ve bought, each only cost me IDR 11,875 (around $0.64 USD). The price is slightly higher than the latter.

While I gotta admit that the packaging itself is super cute, when I opened the packet and saw the mask sheet for the first time, it kind of felt quite gimmicky. Don’t get me wrong, I gotta say I prefer the sheet mask of this one compared to Syahirah. But I’m not a fan when it comes to the texture of their essence.

It’s super sticky to the point that I don’t find it comfortable. Not on my palm, especially not on my face.

I know some people actually love extra essence on their sheet mask. And that is something that will be expected from this Cherimoa Penguin N.M.F Aqua. Lots of essences that you might as well want to use it on your arms apart from your neck.

However, since the first time I touched the mask I straight didn’t like the texture of the essence, I decided to empty all the essence on my neck. Since so many people told me NOT to rinse my face with water after putting on the mask for 15-20 minutes, I didn’t.

I just straight to put on the facial oil and then my night cream. Normally, other sheet masks would feel less sticky once I added facial oil and night cream. But this one still felt the same way. In fact, if you try to touch your skin after the application, your finger might stick a bit for a sec.

As I mentioned before, apart from the penguin, I also bought the tiger and the ghost variant. Unfortunately, I have to admit that they are no different from this Penguin N.M.F Aqua. The texture of the essence felt pretty much the same, as sticky as it could get to the point you couldn’t tell whether it actually worked.

I despise this product so much that I am confident that I won’t repurchase it ever again. In fact, it was quite surprising since I liked their Cherimoa Karados. But then again, there’s always some bad apples in every category. This animal mask pack is probably one for Cherimoa.

I was actually quite surprised when I saw the review in some Indonesian beauty forum that the products could get around 3.5++ out of 5 rating. But then again, one product could work differently to others.

Well, that’s one from me. Have you tried this product? Are you still interested to try it just to prove yourself after reading my review?

Tell me what you think, and cheerio! 😀