It’s been a while since the last time covered somewhere in the Middle East region. We all probably agree that the Middle East offers something really unique in terms of travel. Like, you want to see what’s there but on the other hand, you’re not sure where to start.

Maybe you know almost nothing about the region. But if so, I hope you’re not one of those ignorants who would just connect the region to the war. For a start, the Middle East is very big. It consists of several countries, divided into I don’t know how many hundreds of the city combined.

From the glamorous life of Emirati, to simply just enjoy the beach life in Tel Aviv, it’s fair to say that the region is very broad. And this week, I’m excited to cover another city that is probably underrated compared to some famous destination in the Middle East.

Thanks to Rahma from The Sane Adventurer, as she has compiled this piece for us so we could get to know more about the capital city of Oman, Muscat. 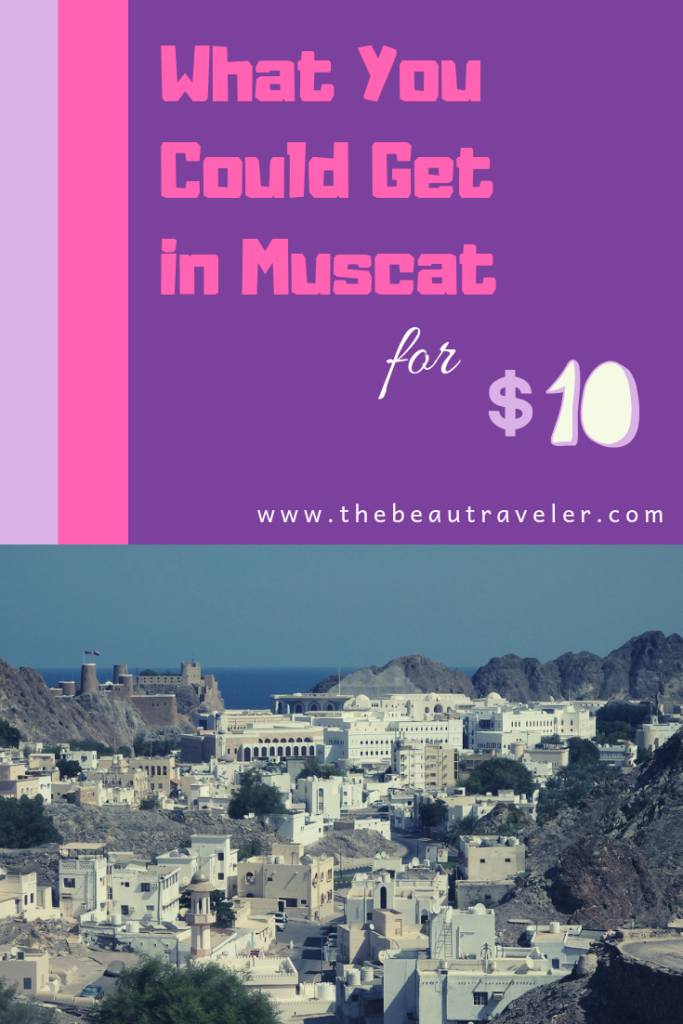 With their currency Omani Rials (OMR), you could approximate get around 3.80 OMR for $10 USD. So, how far could you get in the city?

The Must Visit in Oman: The Royal Opera House

Muscat the capital city of Oman is one of the most naturally and culturally diverse capitals in the Middle East.

From being surrounded by the sea and the mountains to become an emerging center of the Arabesque architecture and arts, Muscat has everything to offer to the traveler.

The Royal Opera House in Muscat has been classified as Oman’s acceptance of the modern arts when it was constructed in 2011. It was the first monument of its kind in Oman depicting the nation’s vision of booming the local artists and arts industry by attracting arts and culture lovers from all around the world.

The magnificent complex of the Royal Opera House Muscat is an architectural marvel made up with white marble stones that screams Arabesque architecture from all of its corners. It is a huge complex with a big veranda and a garden that faces the main Sultan Qaboos Highway. There is a big Main Performance Theater than can accommodate at least a thousand people with two small theatres as well.

Hire A Guide to Understand More About the Royal Opera House

A self-guided tour can be taken to the Royal Opera House Muscat, however, it is recommended to take the guided tour which costs only 2 OMR equivalent to almost $6. This is the best activity to do in Muscat under 10 dollars. The guided tour will take you around and inside the performance theaters as well which cannot be accessed unless you bought a ticket to a show happening there.

The guided tour also includes the details about the construction of the complex and the Arabian architecture and its history. Moreover, the guide will also explain the vision and perspective of the Ruling King of Oman behind making this huge monument only dedicated to modern and Arabian arts in the country.

The short one hour guided tour is completely worth the six dollars spent on it. It will help you in understanding history and the vision behind white marble complex along with a small briefing that how only one move of the government has boomed the small arts industry in the country.

There are different shows and events happening at the Royal Opera House all year around, information of which can get from the information desk or on the ROHM website.

There are plenty of things you could do in Muscat, but if you have $10 USD in your pocket, then Royal Opera House is indeed a must in Muscat!

Contributor: Rahma from The Sane Adventurer

Rahma Khan is the blogger behind ‘The Sane Adventurer’, a blog aimed at safe travels and adventures in off the beaten tracks around the world. An engineer by profession and a traveler by passion, Rahma is currently just ten countries old. However, her love for traveling across all the continents is slowly but passionately taking her to new places.