So, after a few months thinking that I got my OKCupid account blocked, it turned out I just forgot the e-mail address that I used for the account. Silly me, I know… But now that I found out, I recently get active on the dating site. Again.

Same old, same old. Somebody, please rescue me from this shenanigan! *lol*

But anyway, as I wrote on my profile there, I’m at that point where I’m getting tired of being alone but darn it, I just don’t seem to be able to handle anyone along the way. It’s complicated.

From being a serial dater myself, I decided to write 5 deal breakers when I start to talk with someone, despite the fact that we’re not (yet) in a relationship. I’m writing this, in a hope that my future better half would eventually read it and reflect.

Yeah, good luck with that. 😛 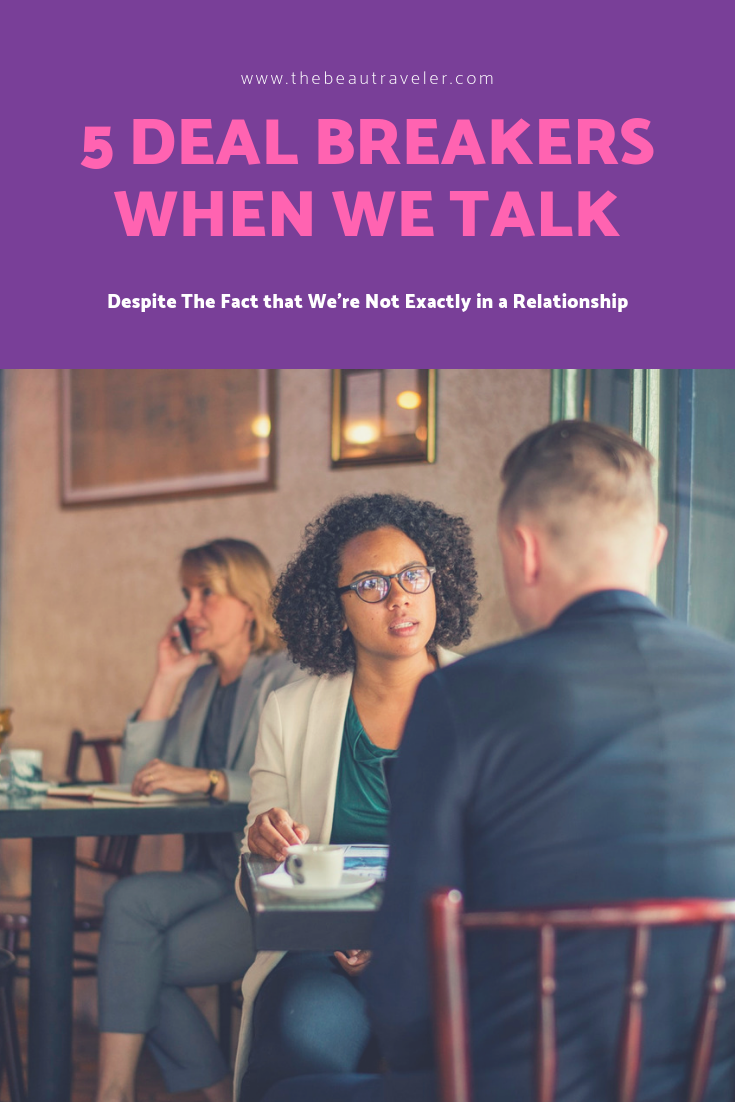 I’m Not Easy to Please, and I Won’t Apologize for That

You see, I’m easily bored and there are times when I feel like I just want to be alone. I’m the kind of person who would make sure to let you know that I’m bored when our conversation gets dry. I wouldn’t even bother to reply to your text when I feel like there’s nothing much to say to it.

I know it’s kind of selfish, but do entertain me or be gone. And here come the 5 deal breakers when we talk that might be a sign that I just can’t with you right now, or later. 😛

1. Calling Me Pet Names for No Reason

You see, I didn’t even call my girls stuff like ‘babe’ or ‘darling’, so quit calling me ‘sweety’ when you barely even know me. In fact, I remember back when I had a boyfriend and the only pet name that I accepted from him was ‘sayang’ and that was about it.

Having someone call me with pet names tends to turn me off. Honestly, I can’t remember the time when my relationship with someone who does it could grow into something more.

If there’s anything I’ve learned from my teenage years, it was the line from John Tucker Must Die that one only calls you with pet names as they want to avoid the idea of calling you with the wrong name due to the fact that they’ve got a lot of people to talk to.

Also, my first boyfriend who hurt me so bad did it for me, it’s kinda traumatic.

2. No Sense of Humor (or Theirs Simply Doesn’t Match with Mine)

Let’s face the fact that not everyone has a sense of humor. While I think it’s funny to laugh at my friends, some people might think that it’s rude.

But then again, that’s the point of growing up, you keep your circle small to make sure that those people actually match you in so many ways. Including your sense of humor.

And the thing about online dating, in general, is that some people are just too lazy to reveal their personality into their profile so you just swiped right because you find them good-looking only to find out that he’s a dead-ass serious while you’re just being you. The clumsy and sarcastic you.

Other times, you meet a dickhead who thinks it’s funny to make fun of your family, and you wonder whether you could strangle him right away.

3. Asking Me Whether I Have Eaten

From all questions that annoy me so much, the question about whether I have eaten is probably something that I hate the most.

Like, what is he gonna do when I said I haven’t eaten anything yet today? Is he gonna deliver me some sandwich? Or is he only bluffing to get some conversation? Because I’d appreciate it if he’s gonna do the first. But then again, he could definitely go to hell if he’s more like the second category.

4. The Ingenuine Reply to Texts

I’m the firm believer that we don’t have to text everyday unless we’re actually in a relationship. I mean, I believe communication is the key, but not really when we’re not even together.

There are times when I won’t even bother to reply to some texts because I think I don’t have any obligation to respond to it. Also, chances are I probably get bored. 😛

No offense to all bad texters out there, but I always think our relationship won’t survive if we can’t talk through texts. I’m a writer, I speak the most of my minds through texts.

When you get me to the point that I think I don’t need to respond, I guess there’s nothing much to talk about later on.

Look, I’m not a prude so if we get a chance to meet and I’m interested, there’s a possibility for you to send me naked right away on the first night.

But asking me to send nudes when we haven’t even met, it is so low dude! 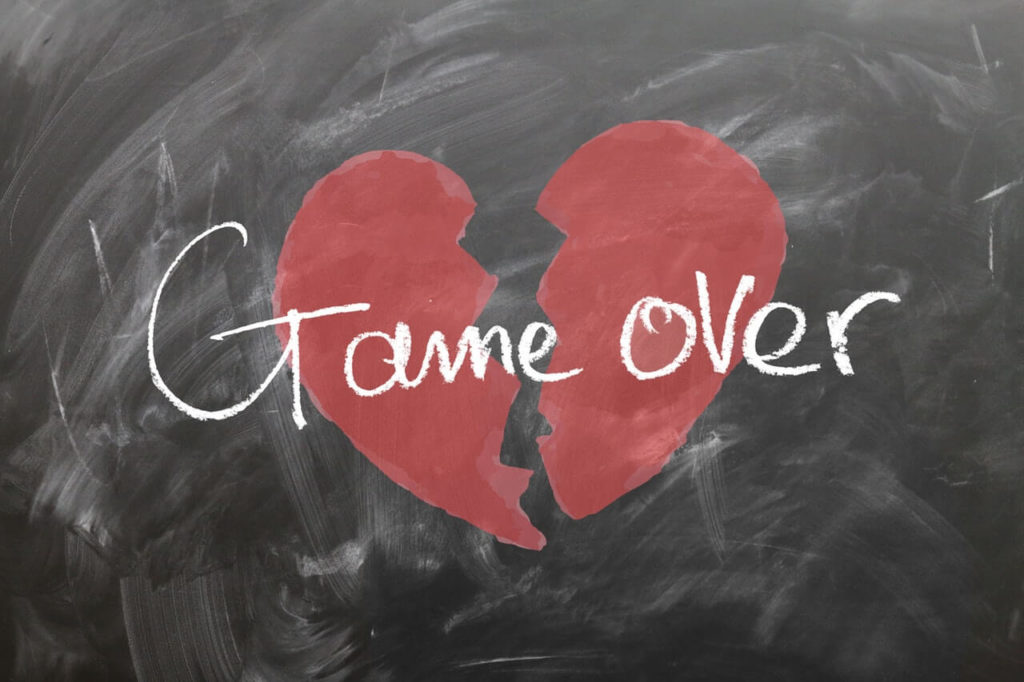 So, What’s Your Deal Breakers When You Start Talking with Someone?

There are things that I’ve learned from the dynamic stage of dating. At least based on my personal experience.

I think dating nowadays, especially for me who’s in my late 20s approaching early 30s, has become so simple yet so complicated. Like, there’s nothing much I ask from the guy that I’m talking to. But then again it’s difficult to find someone with that simplicity. Life is indeed complicated.

But if you think about it, isn’t it better to get someone with some deal breakers in the early stage of your relationship, rather than turning them into a heartbreaker?!

I want to hear your opinion towards it. Drop your comment below and cheerio! 😀