That’s the phrase that I heard way too many times as one fit lady from my previous work always complained about this every day.

Not that I’m being a sour ass lady as I’ve always been, but she was being a bitch for saying that when clearly I was a whole lot thicker than she was and she said it during lunch when she only had salad and I tried to enjoy the full course of Indonesian meals.

I mean, there should be a law to make this action illegal because not only it’s hurtful for those who are on my shoes, but it seems like this action is still supported by so many. Why? Because this kind of conversation is usually followed by some random skinny girl who would say, “Yes, I also need to get on diet.”

I was either surrounded by some ungrateful women, or it was just me being a sour bitch as I’ve always been.

Just like a mature lady, I never really talked back when this conversation came up? Not because I didn’t want to, but because I was secretly hoping these ladies could shut up so I could enjoy my food without this kind of obstacles.

I was never really the person who actually had any problem with gaining weight because basically, I used to be the girl who ate a lot with stagnant body weight. I was never skinny, but I always managed to put my body on size 8.

I used to. Not anymore.

Once I quit my job, then boom! Suddenly I’ve gained weight and whenever I attended some gathering somewhere, the first thing people would notice is that I must be gaining weight. As sassy as I am, I’d be like, “Still sexy though.” Which is true. *lol*

But, but… I wasn’t really prepared for gaining weight because I could keep my body weight stagnant in the past few years. As it turned out, there are some things that I find annoying when I have gained weight.

Like it or not, buying some new clothes is a must.

Yes. This is the thing that I hate the most, because I’m broke as fuck. 🙁

I mean, I don’t mind gaining weight but the part where all my old clothes don’t fit is simply irritating. And when I finally accepted the fact that I had to buy new clothes, I realized that the money I used on new clothes could actually be allocated to something else.

Sure, some noob who didn’t know how it felt like would try to advise you things like, “But you could have some exercise so that your old clothes could fit again.”

Listen up, kids… It’s easier said than done. Not because I’m too lazy to exercise (although I am), but even when I do, it takes time for me to actually lose some weight to make my clothes fit again. And in the process, I still have to wear some clothes. There’s no way I get around naked.

I mean, I would love to. But let’s be real here… Hence, still need money to buy some new clothes when you had to upgrade from M to L.

You’re then secretly thankful that you used the money for clothes instead of food.

I mean, you don’t have to be Sarah Jessica Parker on Sex and the City to know how good it feels like to watch your money in your closet. And then at least since you spent your money on clothes, you could put aside the thought of buying snacks.

Until you realize your intention to have some good exercise so your old clothes could fit again.

And then you’re thinking some stuff like, “But I’ve bought some dresses that fit me perfectly in the current size, and I kinda like those clothes. If I lost weight now, then these clothes would be too big then.”

At that time, you’d realize that you took the time when you were snacking for granted.

My advice to everyone who came across to this post, if you’re the kind of person like my ex-colleagues above, then let me tell you this… If you think you’re fat, please watch your diet in silence and let people enjoy their meals while you can also watch your weight at the same time. Win-win for everyone.

But yes, at this age, when you’re at the end of your 20s, metabolism isn’t as good as 10 years ago. So it is highly recommended to watch it before you’ve gained weight for real if you don’t want to regret it.

See my photo on the sidebar? It was me, probably 8 kgs ago. 😐

Your boobs and rear-end are getting bigger.

I mean, from all the clothes that I’ve got, those who don’t fit anymore, more often than not it would get stuck in the chest and ass part.

And you know the painful fact besides the wire inside your bra that’s trying to kill you? The fact that underwear could be really expensive, and sometimes even more expensive than that cute dress you see on Amazon. 😐

So I could always flee to a flea market to buy some new secondhand clothes, but underwear? Those things were skin on skin with someone else’s boobs sweat and vagina. So, no. You know what that means? More money to spend on some new underwears.

Although to be fair, the bigger the boobs, the prettier the cleavage. 😛

I can’t relate to those fitness bloggers, so I think watching my diet is a myth… Otherwise, show me the way!

Okay, so it’s hard to put aside my cravings to McDonald’s when I can’t stop thinking about it.

At least, now that I’m back to my parents’ house, I could control my diet a bit because thanks for having an Asian mom who keeps reminding you that you’re getting fatter each day.

What I do now is that I try to stop eating white rice since I’ve got a friend who has lost her weight for replacing white rice on her menu for quite some time. But then again, I’m not doing this because I’m anti-fat or whatever, I’m doing this rather because I really want to wear some old clothes of mine again.

Also, because I’m broke and I can’t afford to buy more new underwear.

Oh, the struggle is real! 🙁 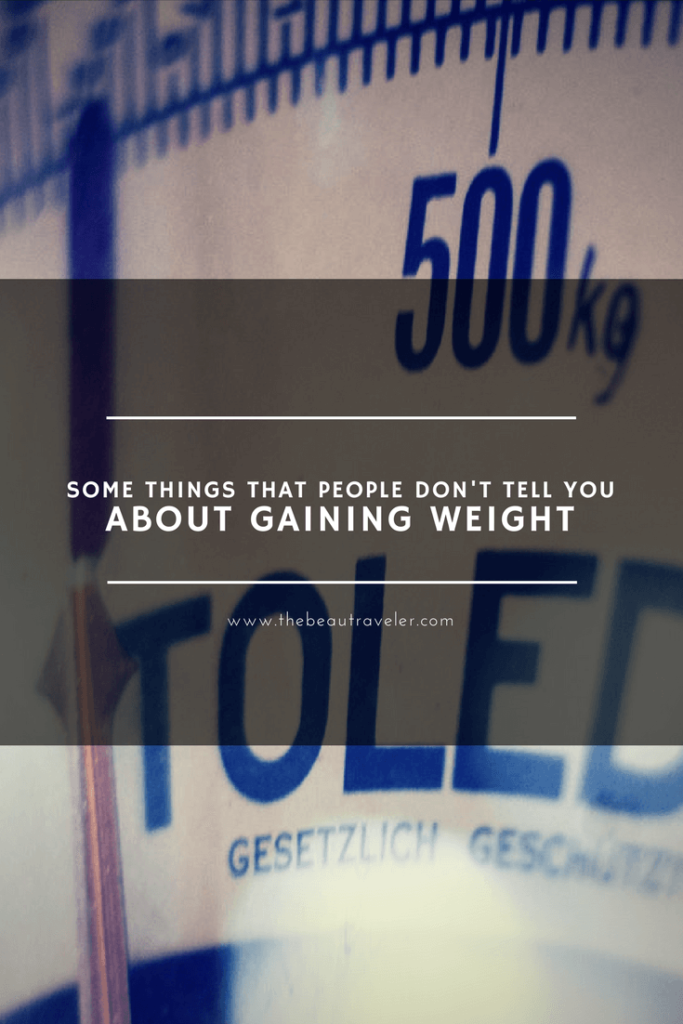