For women my age in Indonesia, I think most of them would agree that the first thing that introduced them to the city is this teenlit novel written by Riheam, Love in Prague.

But for me, I grew up being a football hardcore fan that some Czech footballers like Pavel Nedved, Milan Baros, Jan Koller, and of course Tomasz Rosicky (I’m an Arsenal fan okay?!) kind of introduce me to the country and of course their infamous club Sparta Prague. 🙂

So, thanks to Shawn from Saint Facetious, who will now talk about what you could get with $10 bill in Prague. 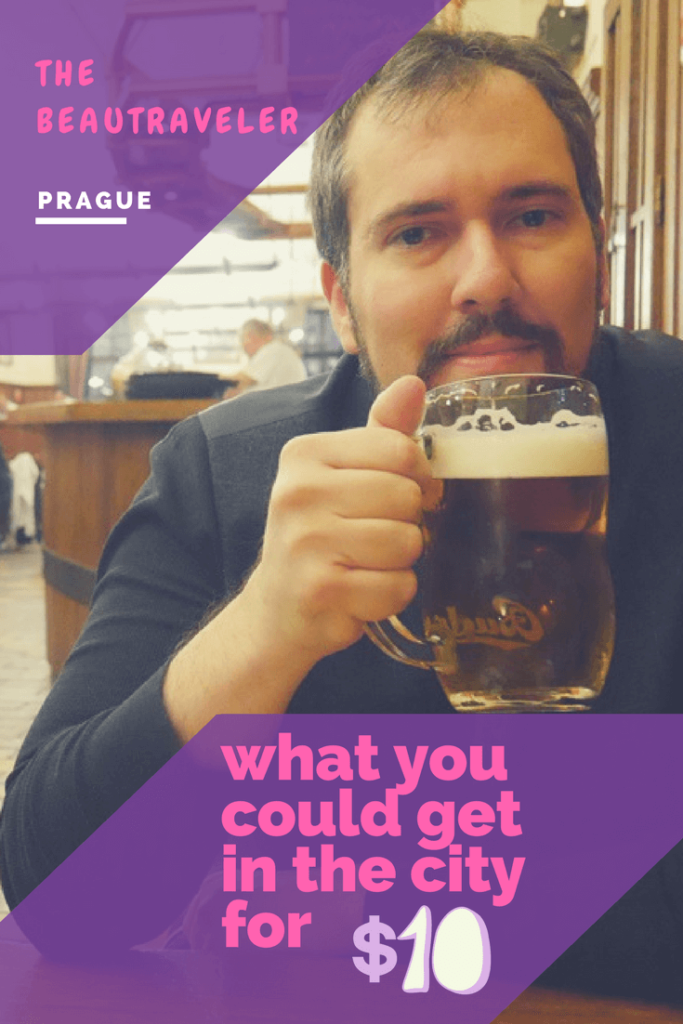 Pils, goulash, or both?

When I was living back in the States, $10 wasn’t anything. That was the price of maybe two good beers during happy hour, tip included. No fun at all. But here in Prague, 10 dollars can really stretch through the night.

Prague at night could be so satisfying in terms of the view, with a little budget, your mind may be blown on how far you could get in the city!

Imagine a world where the cost of one, savory, first class Czech beer, like Pilsner Urquell that is produced firsthand in Pilsen, will cost you $2.5. And that’s not wimpy American-sized. That’s the standard half a liter I’m talking about. 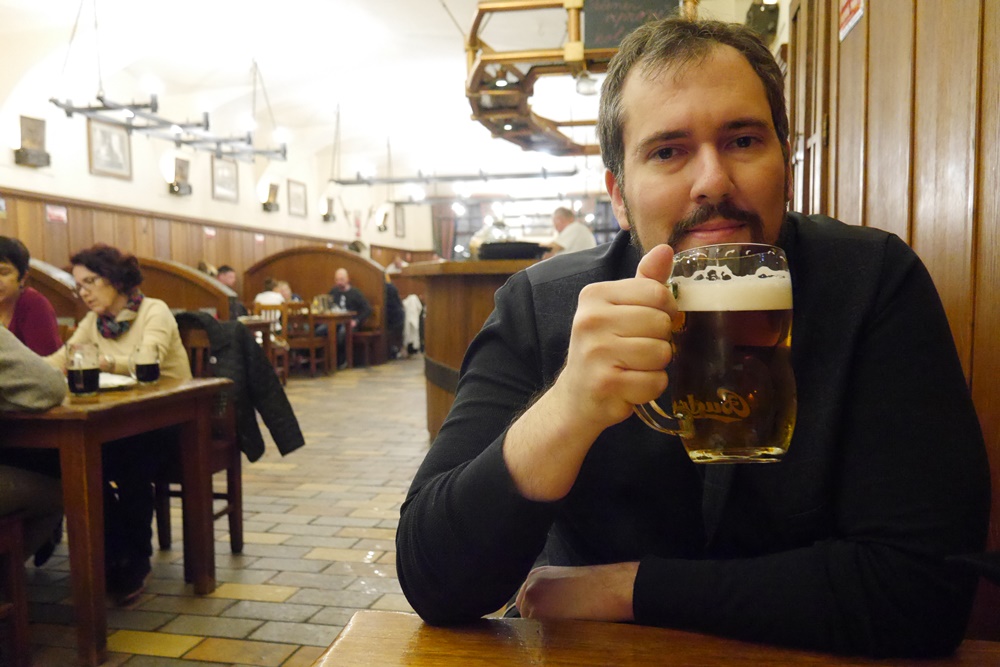 Now, I’m not going to go and tell you which is the best-tasting beer, Prague has simply hundreds to choose from and I think that’s a highly personal decision. But, I can tell you most of them are above and beyond anything you can find in the US, unless you’re going to a place that serves expensive craft beers.

Here, you can have craft-beer quality pils for about $1. See what I mean by saying that you can really stretch that out?

If it’s during the summer, I’d recommend spending that $10 down at Naplavka.

It’s this cool embankment that the city not long ago renovated to provide locals and tourists a place along the river to drink beer and eat hamburgers and have amazing views of the castle.

And I hear you. You can get a great deal on food too.

You can also get massively ripped off as well, so in the old town especially, you’ve got to be careful where you choose.

You can get the traditional Czech-style goulash with Carlsbad dumplings and a beer for $10. The goulash is about 5-6 pieces of pork cooked in a beer-based gravy, and the dumplings are made from bread and bacon, with which you use to soak up all that beer gravy. It is, of course, the meal to have when you’re visiting the Czech Republic.

Saint Facetious is the nom de plume of writer Shawn Basey. He keeps up a weekly blog discussing travel advice, the best cafes and bars, what tourist places are worthwhile, and lots of fun anecdotes with the occasional deep thoughts.