First of all, I would like to truly apologize that I was in hiatus for Around The World With The Beauties for a couple of weeks without any notification. 🙁

The thing is that I really thought that I would have some spare time before I actually started volunteering for Asian Games Invitation Tournament in Jakarta.

Earlier this month, I was totally in a rush as the committee wanted us to start working pronto without notifying us in advance. So, now that the event has finished earlier this week, I’m glad that I’m back here to share with the local beauty products around the world, thanks to all the collaborators that help me to make it happen! 😀

Anyway, in this opportunity, after 2 weeks without Around The World With The Beauties, I hope you’re still as excited as I am to get more information about 2 local beauty products from 2 different (yet similar) countries this week. And this time, it’s Australia and Canada!

I’m excited to introduce you to Australia’s Kate Reid from kateyadventures to talk about Lucas Papaw Ointments and Canada’s Sophie from This Is Where We Meet who would like to recommend Lise Watier Lip Pencil.

As you may probably guess, the reason why I chose Australia and Canada this time is not only because both are listed as two country members of the Commonwealth, but they are also two former territories of British Empire that are most developed compared to others! 🙂 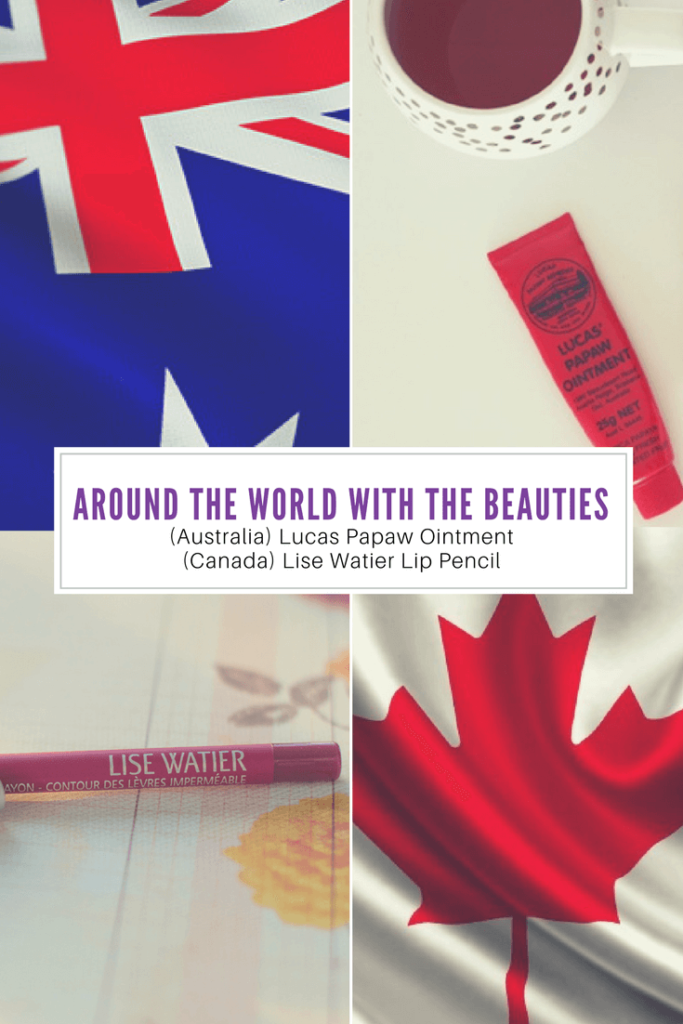 A 4th year medical student from sunny North Queensland, Australia. She is a travel, tea and talking enthusiast with a passion for bright lipsticks, pretty stationery, and bath bombs. 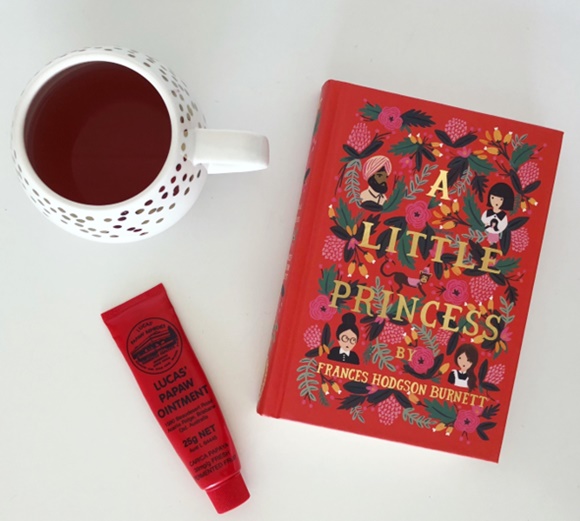 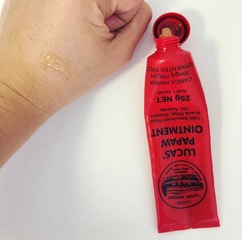 Back in 1906, a Scottish botanist and surgeon by the name of Thomas Lucas moved to Brisbane, Australia and dedicated his life to researching the health properties of plants, and one in particular caught his attention.

He had discovered the healing powers of papaw, soon coming to describe it as ‘the world’s greatest healing agent’. Since then, his simple ointment has become a cult product worldwide, and is sold in any grocery store or pharmacy throughout Australia, as well as New Zealand, Malaysia and Hong Kong.

Amazingly, the formulation of the ointment has stayed exactly the same as Lucas’ original remedy for over 100 years. During the process, concentrated fermented pawpaw is distributed in petroleum jelly in order to achieve exactly the right amount of enzymes to have health benefits whilst still being at a safe level to put on your skin.

I know so many people who religiously use it as a lip balm, but it can also be used for insect bites, sunburn, chafing, or minor cuts. I have friends all the way over in Germany who beg us to bring them some Papaw Ointment whenever we visit- that’s just how good it is!

The ointment is quite inexpensive, costing less than $6 AUD (around $5 USD) for a tube the same size as shown in the picture. You can also get it in a lip applicator tube, or a larger tub, depending on how much you’re using!

I myself have about three tubes lying around my house, and I generally use it most on my lips if they’re in need of some hydration after spending too long in the sun. It’s a very useful, inexpensive product ideally suited to Australia, and I’d thoroughly recommend trying it if you’re visiting!

Contributor: Sophie from This Is Where We Meet

Sophie is a Canadian blogger who is passionate about traveling, photography, makeup and fashion. She has lived in other countries, and is fluent in three languages. She enjoys meeting new people, trying new things, and living life to its fullest. 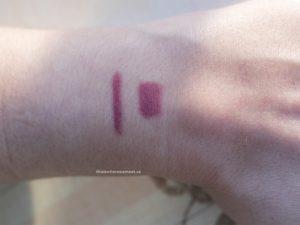 My friend who used to work at the beauty department in a well-known drugstore introduced me to this Canadian brand, Lise Watier.

I would compare the quality of this brand to Mac or Tarte. In other words, although it is sold in the drugstores, the quality is so much better than regular drugstore makeup.

At that time, I was in need of a lip pencil. Back then, I only owned one by Mac and wanted to try other brands. The color that I ended up picking up from Lise Watier is called Rose Romantique. It is a beautiful pink mauve color that is very versatile and can be paired up with any lip color or even worn on its own.

It’s my most go-to lip pencil, and I use it for almost any look I create. It took me several years to go through one, so it lasts a pretty long time. The only downside that this lip pencil has is its formula, as it is more on the dryer side.

But the way I solve this problem is by applying a lip balm before applying the lip pencil. Other than that, this lip pencil is perfect. Lise Watier has this lip pencil in so many other color stoo, and I’ve already decided which one I’m going to pick up next. 😉

I’ve never heard anything about Canada’s Lise Watier, but maybe it’s something to try on if I get a chance to visit Canada next time.

And hey, since the lip pencil is more on the dryer side and Lucas Papaw is actually great to use as the substitution of lipbalm, maybe to combine both would be a bomb to your look!

Are you either Australian or Canadian? Have you tried these products? Give me a shout if you’ve got anything to say about them, and see you next week for another series of Around The World With The Beauties! 😀