It’s been awhile since the last time I checked my online dating site account, so recently I checked it out just to see some unread message and I was surprised for how many messages that I haven’t opened there. But I was even more surprised on how many messages were pretty much the same, and I didn’t want to bother to even reply.

Normally, in this kind of situation I would just decide to deactivate my online dating site account. That’s what I do all the time, in the past 3 years.

Here’s the story… I created an account, and then hooked up with some guys I met through the site. And then I got bored, decided to have some kind of periodical celibacy so I deactivated it. I lost contact with the guys so I had to find some people to waste my time with through the texts, so then I’d get back on the dating site. The story goes on and on like that.

But then again, despite you probably think that I’m so easy to please and find guys to fool around through dating sites, I’m actually not that easy to impress through text messages on online dating site.

I reply messages selectively. Like out of the messages I got on OKCupid, I have probably replied only 10% of it.

Just know that I have written my profile there quite attractively that I actually expect anyone who come across my profile will genuinely read it and come up with more organic messages. So, here we go! 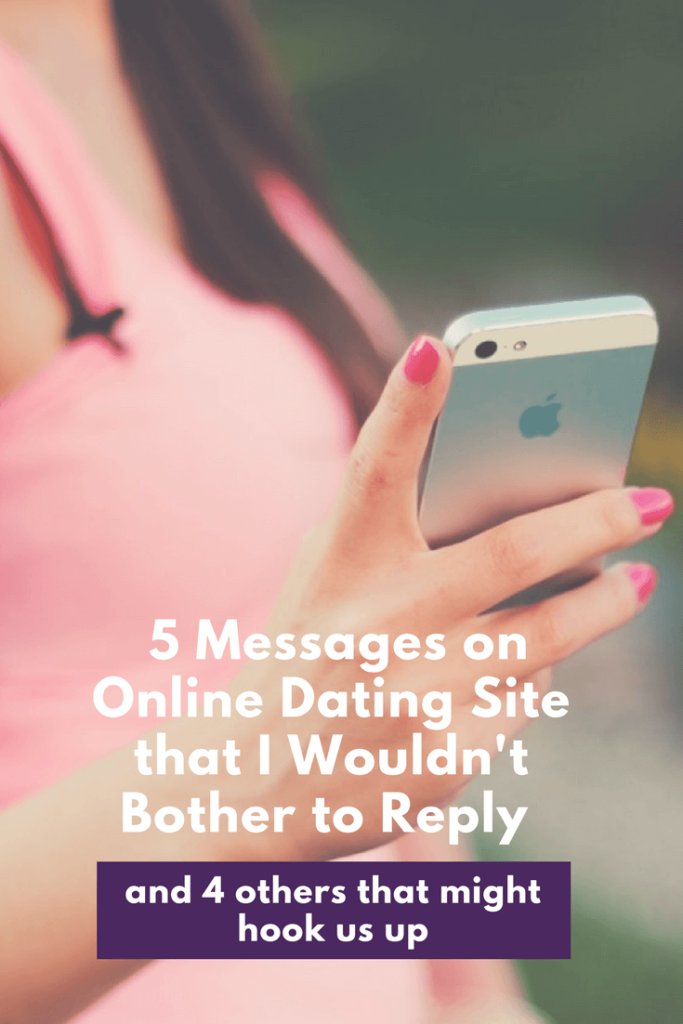 5 Messages That I Wouldn’t Bother To Reply

Okay, so for this… I see that some people share the same value when it comes to messages that they wouldn’t bother to reply on online dating sites. You know, the kind of messages that the sender could actually try harder but they didn’t?! Hmm.

Well, unless if your gorgeousness level is mind blowing, I think there’s no need to expect a reply from the generic ‘hi’ message.

I mean, sure it’s understandable if you say hi to an empty profile. But I’ve written a nice, long and attractive profile on purpose: I want you to catch something that can start a topic to talk about.

I mean, sure I’m honored if you message me because you’re interested to how cute I look in the pictures, but then again I’m not too easy to impress.

If you want to say ‘hi there’ only after reading a whole lot of paragraphs that I wrote on my profile, then what’s the point of telling people that I’m good at irony and sarcasm in the firsthand? Hmm.

2. The message with an obvious purpose.

First of all, I am the kind of person who will get awkward when someone randomly calls me ‘pretty’, ‘gorgeous’, ‘beautiful’ or any other things like that.

And despite I’ve made a great connection with some people I met through online dating site, honestly I never really take dating sites way too seriously because by the end of the days, hooking up is the only thing that they look into.

I know I shouldn’t judge the sender by just one message, but I don’t really want to waste my time with somewhat a summer fling like this.

3. The typical ‘hi’ with some additional generic question like ‘how are you’.

Call me punctuation nazi all you like, but I’d make a pass on this message because of that.

Not to mention that the “hey, how are you?” message sounds like a bluffing for me. Like you try to make a conversation, but you don’t know how to do it properly except for asking people how they are.

I mean, I barely know you so chances are, my answer would be, “I’m fine thank you, and you?”

More often than not, right after that… that’s how we end a conversation.

4. The message sent after the sender saw the picture of me in bikini.

5. The first message that involve the word ‘God’.

I’m sure we’re both good people. But what if I’m an Atheist who simply doesn’t believe such thing?

No, not that I’m not an Atheist though. I’m just saying, I’m not really the kind of person who would bring up God in daily conversation. Hmm. 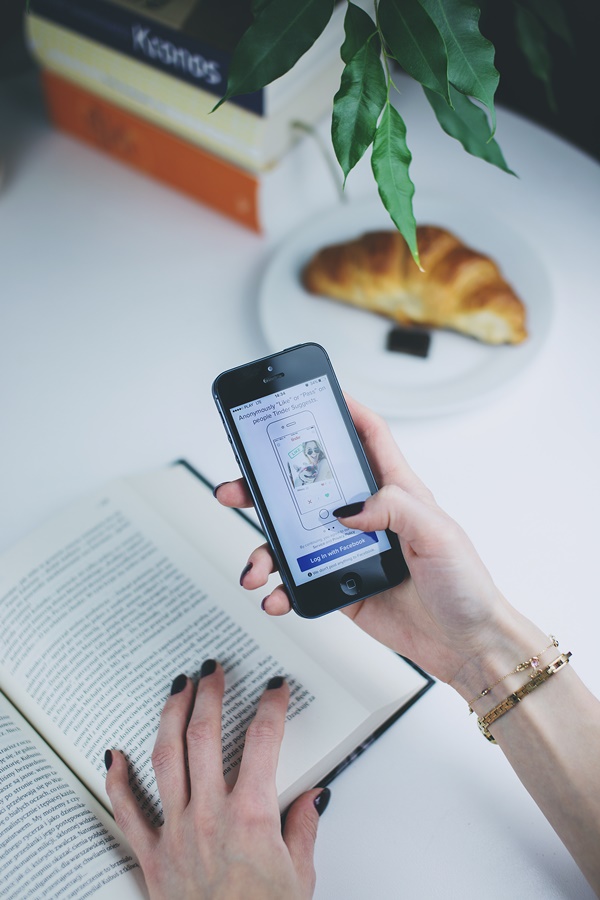 After judging people based on the first message they sent me, it’s only fair to show you that I’m not always like that. Because sometimes, I could appreciate every little detail that the sender sent to the point that I might just give it a try to make a conversation to these guys.

1. The question aiming to something that we may have in common.

I mean, it doesn’t have something that may be way too personal.

Even the question about what I do can be intriguing, especially if we’re on the same boat. I mean, I’d give it a try for the opportunity to share the problem that we’re facing or how to solve it.

This sounds like a little boring, but who would have thought that this first message actually led me to one of the memorable nights that I will probably never forget?!

2. The response to my ‘brokenhearted, self-pity’ situation.

If there’s anything you need to know, it’s the fact that when you can find me anywhere on online dating sites, chances are… I’d probably in the most vulnerable situation.

A little kind of attention could work. Especially if you’re kinda hot.

3. Something political, because I’m holding a bachelor’s degree in Social and Political Science.

Well, it’s the message in response to my witty statement.

Political speaking, think of me like Beyonce: to the left, to the left.

I mean, now that we’ve hooked up several times, I know that he just wants to have some ‘fun’, but then I think it was great that we started off okay as we’ve shared the same political value during the hard time of living in Jakarta not so long after the governor election. Hmm.

It’s been quite some time since the first time we got connected on OKCupid. He’s been always the kind of ‘okay’ person that I wouldn’t mind to get around with, but just not okay enough to be my forever person. *lol*

4. The kind of message that emphasizes both the humor and some other things that matter. 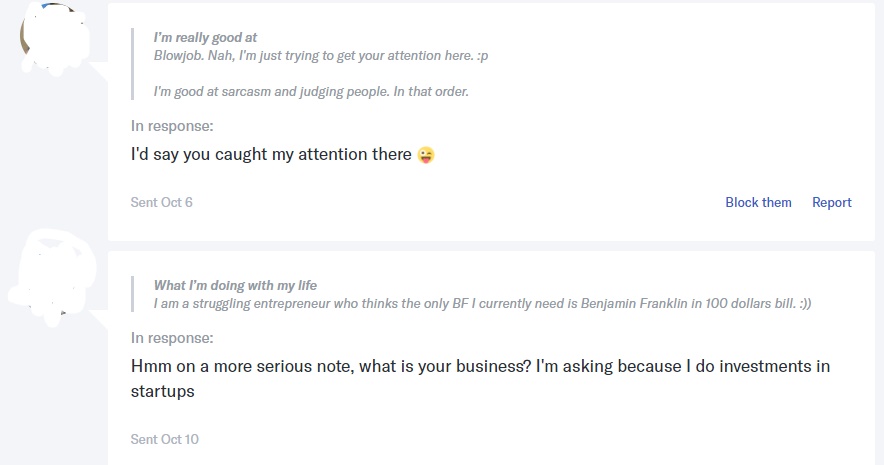 If anything, at least I know that he has actually read my profile. Like finally, there’s a proof that I’m not the only one who judge people by their profile on the dating site.

Even better because he has responded to all the things that matter: my witty side and my professional side.

I mean, sure we had a little misunderstanding in the early stage, but all solved after the first meet-up and he’s not so bad as a person. Except for that time when I suggested McDonald’s for our date and he thought I was kidding.

Okay, so now you know that there are some message templates that you should avoid if you really want to make a move with me on the dating sites.

Drop me a comment on what you think, and cheerio! 😉