If you could go anywhere right now for vacation, where would you go?

I’m sure all of you have your own bucket list. And perhaps, one of the places on your list would be the generic tourist destination like London or Paris. Sure, maybe some other places like New York or Bali? What do you have on your bucket list?

Now, back to your bucket list again… Do you have some places that people seem to attract to, but you’re simply not interested to visit it, at least not today?

Well, that’s what has inspired me to write this post. There are some cities in the world that seem so popular for tourists slash travelers . But then some just don’t interest me.

At least, I could say not today as whenever I travel, I have to pay everything on my own so maybe costs play a huge role in my opinion. So, what are they? 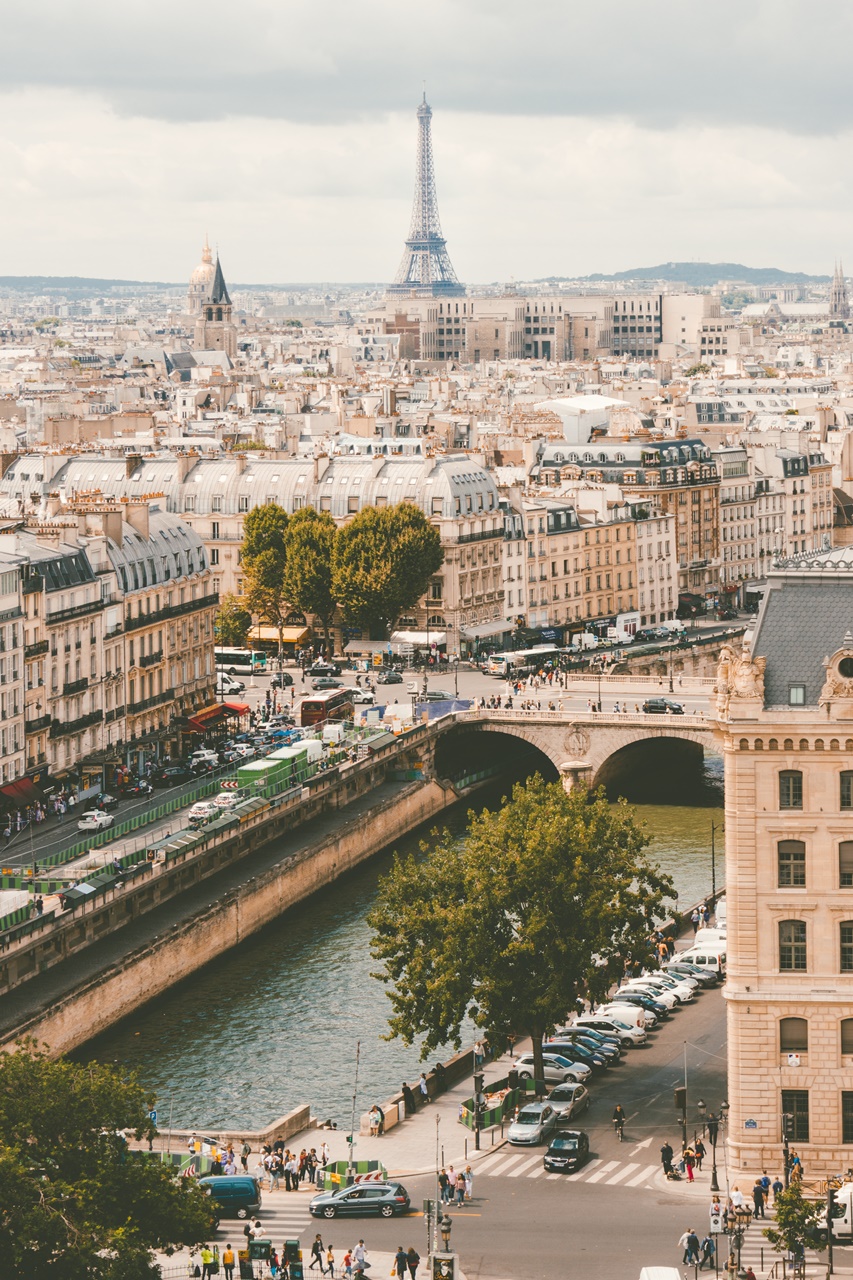 I think you should know by now why almost everyone wants to go to Paris. I mean, it’s claimed as the most romantic city in the world. And for some reasons, people find French accent sexy too. Not to mention that French fashion is also probably the most popular among many fashionable countries in the world.

With all being said, Paris has never been on my bucket list. No, not really. I mean, I always want to go to Europe, but even if I got a chance to go to Europe, I suppose I could totally skip Paris if I had to. I’m not too sure why, but there’s nothing in particular that interests me to visit the city of love.

Sure, that would be great to see the real Mona Lisa painting at the Louvre but apart from that, I’m not quite sure what else that would interest me to visit Paris. I mean, instead of those mainstream attractions, maybe I should find the hidden gems in Paris to actually attract me to visit it.

So maybe there are two options for that matter, either it is for culinary (and alcohol!) or fashion. Frankly speaking, I’m not really a big fan of fancy fine-dining and neither I’ve got the money to afford Chanel or whatever.

With all the luxuries the capital city of France has to offer, there’s also a lot of best hotels in Paris that are worth your time and money. I don’t know, maybe one day I will eventually make my way there despite it’s not on my bucket list? We’ll see.

Read: 10 Things I wish I’d known before moving to Paris 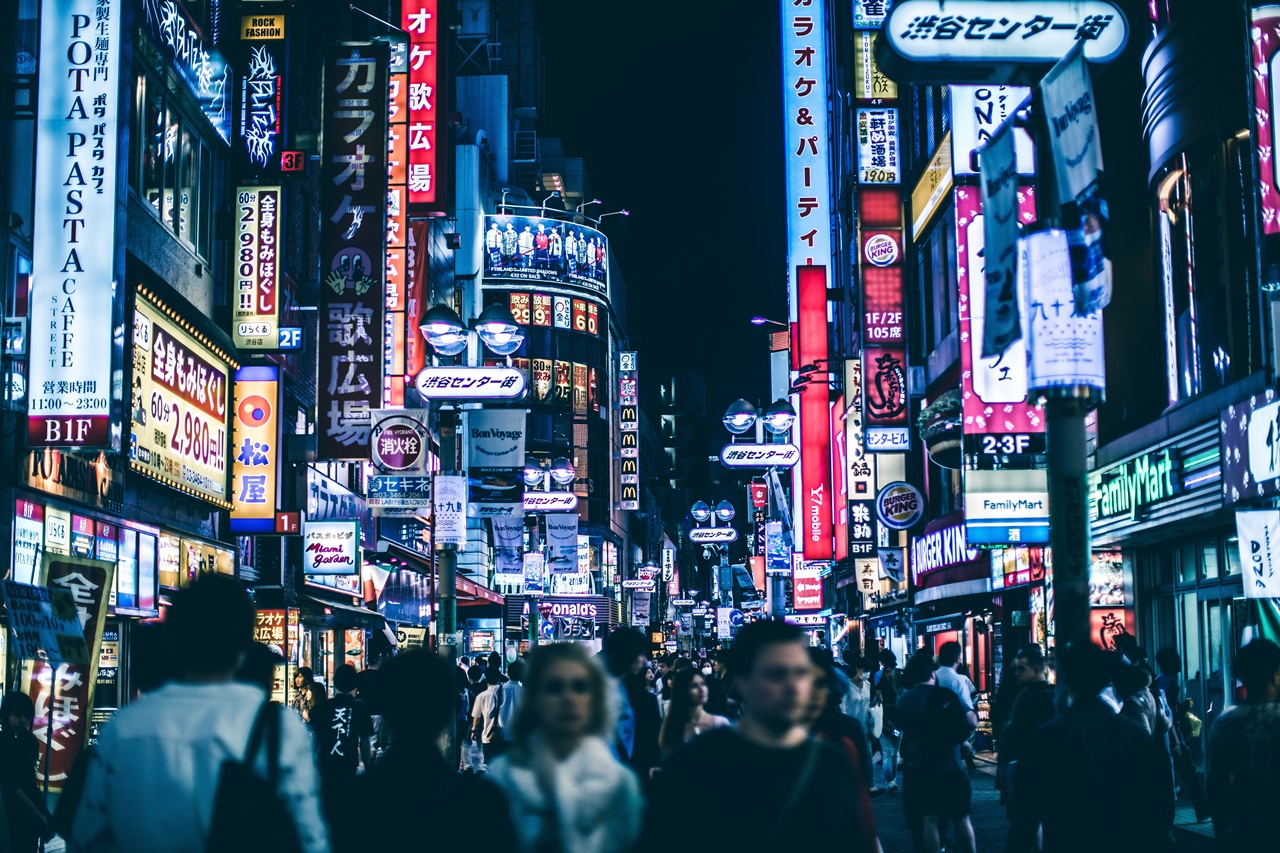 You all probably have heard about what happened to that guy Logan Paul in Japan, but I’m not gonna talk about him this time.

As an Indonesian, there are at least 2 popular destinations among Indonesian travelers: South Korea and Japan.

For the latter, since last year Indonesian e-passport holders are eligible to visit Japan without visa for 15 days. Some information that I heard though, it is still highly recommended for those who hold Indonesian e-passport to apply for visa waiver in Jakarta to avoid any inconvenience in the immigration once they land in Japan.

Anyway, long story short it is relatively easier to travel to Japan nowadays for Indonesian like me. However, for some reason, I’m not really interested to visit Tokyo or even Japan in general.

It’s quite ironic since my ex-boyfriend used to work in Tokyo and we were in a long distance relationship for quite some time before we called it quit.

Apart from that, I almost continued my study at Hiroshima University a couple of years ago. Got my visa and everything only for me to cancel the whole plan. . 🙁

But even when I completed my master’s degree application, I was never really interested to visit Japan. I tried to learn Japanese way too often, but I never really succeed to get any satisfying result to at least say some small talk in Japanese. ‘Konnichiwa‘ is the only thing I’ve got. So lame. 😛

Anyway, there are so many things to list why people want to go to Tokyo, or Japan in general. First of all, their culture. Also their cuisine and Harajuku style if not the cosplay culture with their anime and all that. Apart from that, the highly advanced technology can be one of the reasons as well.

Other than that? So many reasons with JAV included. And don’t pretend that you don’t know what JAV is all about. Yes, you! 😀

With no offence to any Japanese out there, I’m not really interested to any of those. And I know that Tokyo subway could be pretty much like hell and everything there is expensive. Being a broke traveler as I am, I think the lifestyle is just not for me. Hmm.

Read: 5 Top Tips On How NOT To Start Your First Visit To Japan (Plus Bonus Tip!)

Despite the fact that I’m a fan of so many American movies and TV shows, I’m not really interested (yet) to go to any place in the United States. Not even New York City.

I’ve got a friend who’s got New York on top of her bucket list. I can’t understand why.

Well, if anything that makes me really want to go to New York, it’s probably because I’m a fan of FRIENDS and Spider-man. But that’s not enough for me to actually want to travel all the way there in the Big Apple. Hmm. 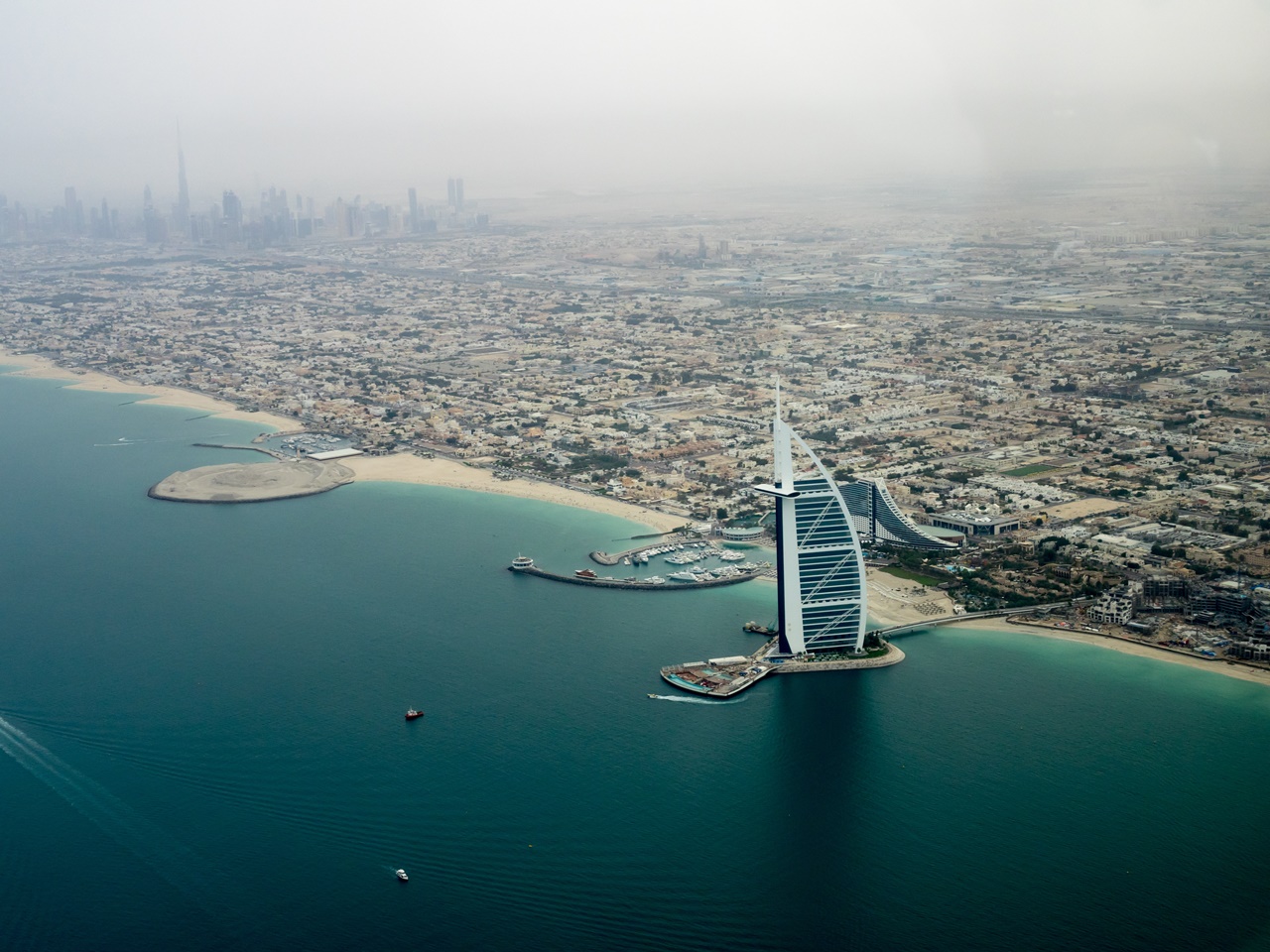 From living in the luxury to the party in the UAE , I think for those who are into luxury travel will have Dubai as one of the top 10 on their bucket list.

I think Dubai is pretty much like a dream in the form of a city, despite the fact that it has only been like that for the past few years. But I’m not planning to go there anytime soon as a traveler.

If anything, I suppose I wouldn’t mind to go to Dubai for work. But for vacation though? In that case, I would choose to prioritize some near destinations like Seoul or Taiwan instead of Dubai. It’s a matter of traveling style, really… And I think Dubai is not really mine. 😉 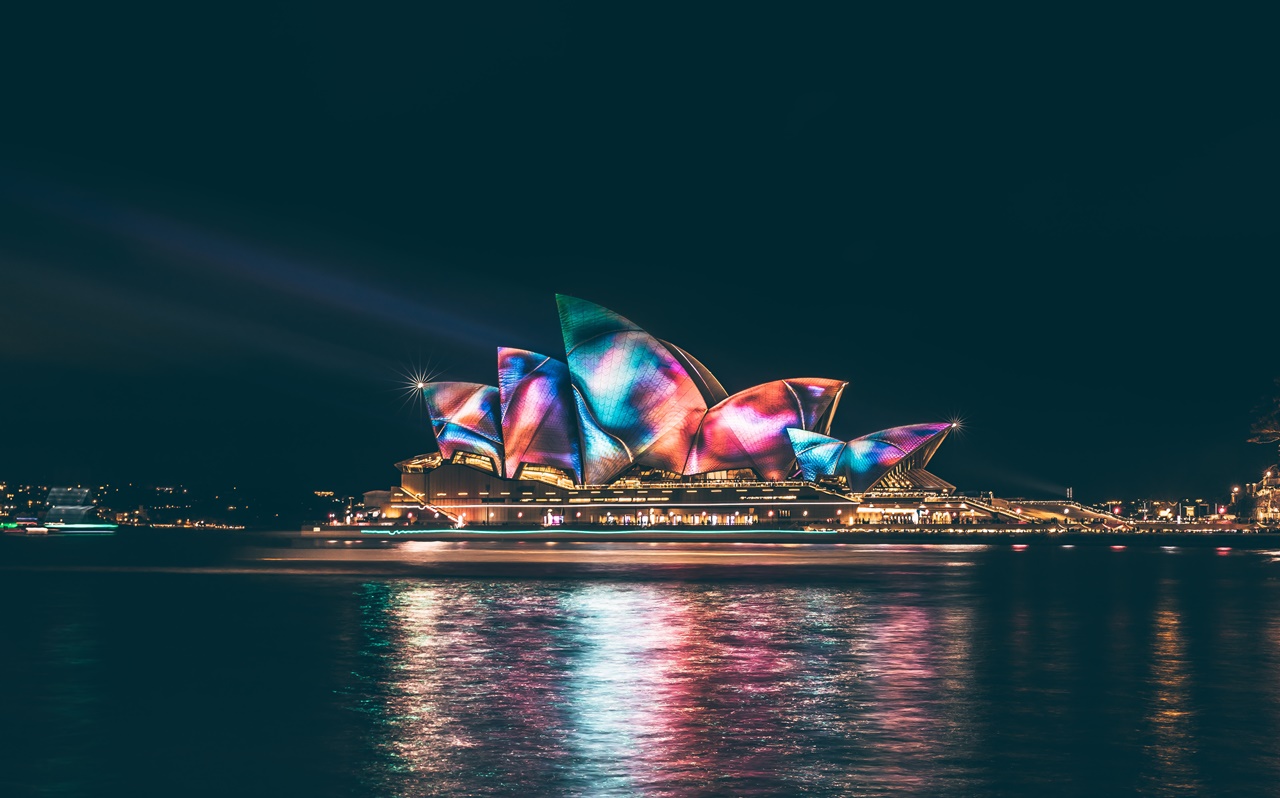 Think Australia, think Sydney. I mean, if I didn’t know any better, I wouldn’t even think of Canberra when it comes to the down under. 😛

Some of my friends went to Sydney for Coldplay concert, and some other moved there to continue their study. But even with the fact that some friends of mine are living there, it doesn’t really encourage me to visit Sydney.

My reason being could be a bit bias, but maybe it has something to do with it being one of the most expensive cities like Tokyo. Hmm. Being broke as I am now though, I feel like I need some sugar daddy to be my money machine while visiting Sydney. 😛

But well, my not-interested-attitude to visit Sydney doesn’t stop me to want to visit elsewhere in Australia since now I’m kind of interested to go to Tasmania. Like, did you know that Tasmanian devil actually exists? And it’s nothing like the character on Looney Toones? 😛

Read more: How to Explore Sydney During A 12-Hour Layover 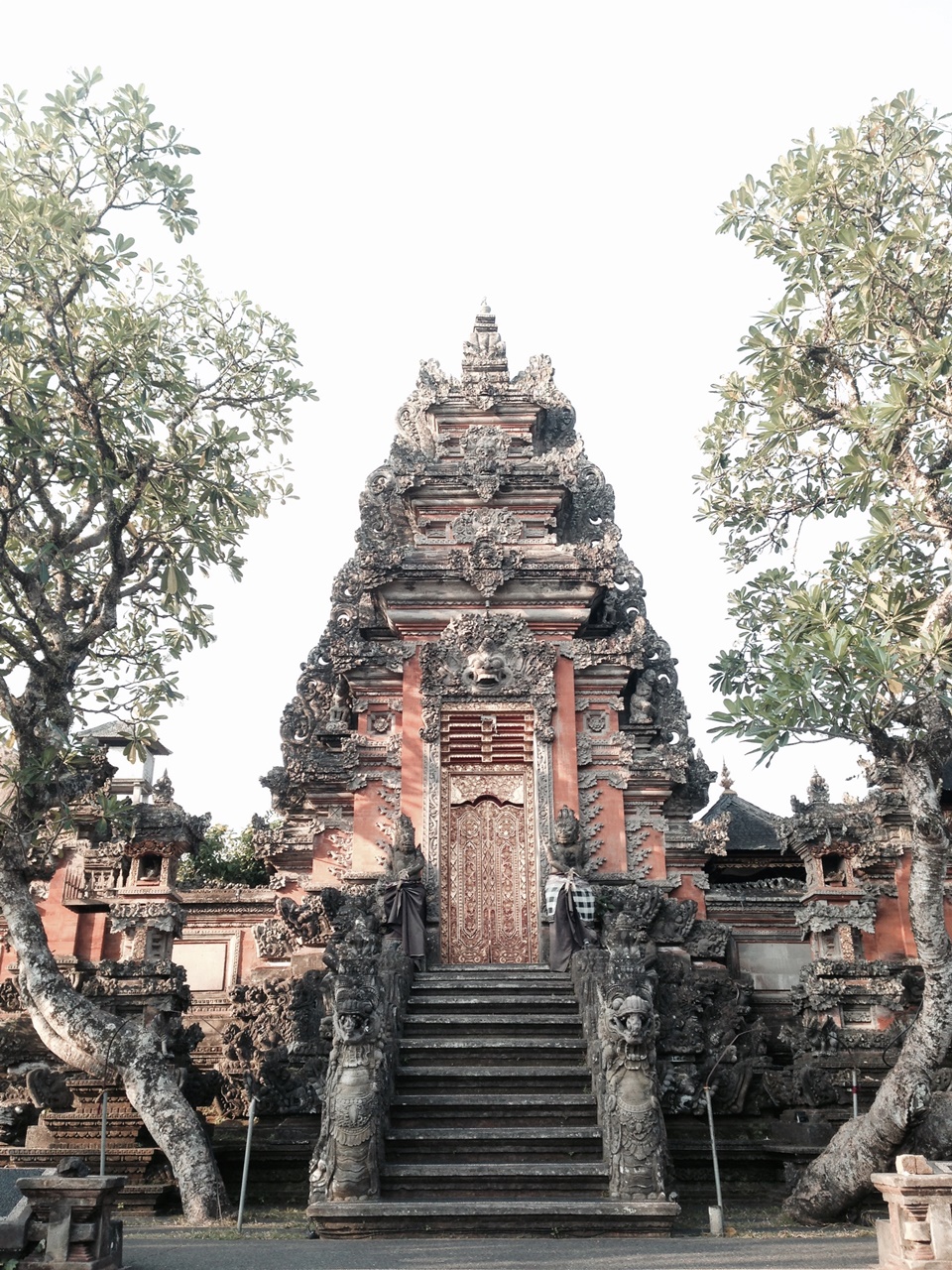 I am Indonesian, so most of you probably would think that I’ve ever been to Bali. At least once in my life. The fact is that naaaaah, not really. I’ve never been to Bali in my whole life. I know, you’d probably be like, why? Bali has so many things to offer, from beautiful beaches to the infamous Bali Swing.

First of all, I think there are some other places with beautiful beaches in Indonesia that are less touristy, which I probably like better. I’m not really into party and all nightlifes and Bali seems like heaven for all who are into those. Personally, I’d prefer other places in Indonesia like Bangka once I feel the urgency to get into the beach. 🙂

So now you know that I’m not that interested to go to Bali, but the thing is that it’s not like I’ve never really tried to go there myself. I have, a lot of times, and always failed.

The first attempt was when I wanted to go there with my friend in some particular period when my friend’s annual leaves got approved. When we checked the flight ticket, the price to Bali was so high and we ended up going to Singapore instead.

The second was when Sheila, one of my best friends, got married there. The wedding date has clashed with Sya, another friend of mine, also got married in Penang.

God must hate me for not allowing me to step in the land of gods. 🙁

But anyway, I’m not even sorry since I think I’ve got a lot of places in substitution of Bali for that matter, so yeah…

Well, those are the 6 popular tourist destinations that I’m still not yet interested to visit. I mean, I have to pay everything by myself for my travel so it’s only fair for me to prioritize the places that I genuinely want to visit.

I mean, if I got a lottery to get to Tokyo pronto without spending any penny, I wouldn’t think twice before starting to pack. But if I have to pay everything all by myself, then wait a minute! 🙁

So, how about you? Have you got any city that seems popular among travelers, but you’re personally not interested to visit? What is it and why?

Drop your answer in the comment below, and cheerio! 😀